The most-anticipated games (hopefully) coming in 2022

2022 looks like it’s going to be a packed year. Several game publishers have attached 2022 release dates to their biggest video games, meaning we’re getting a loaded release slate, including several triple-A games that we’ve been anticipating for quite some time. Taking a leaf out of GamesBeat lead writer Dean Takahashi’s book, these are the games to which I’m looking forward the most in 2022.

It’s worth pointing out that some of these might see delays. After all, several of the games are only releasing in 2022 because they fell out of a 2021 release window. So it’s likely that, one year from now, not all of these games will have release. But for now, I’m operating on the good-faith assumption that they will.

One of the first triple=A games we can expect to see in 2022 is Horizon Forbidden West. Sony announced the sequel to Horizon Zero Dawn in 2020. It was originally tentatively planned for release late this year, but Guerrilla Games announced an official release date of February 18, 2022. Forbidden West follows the new adventures of Aloy, one of gaming’s best new heroines, in the futuristic world of metallic fauna. It’ll also introduce several new mechanics, including swimming. 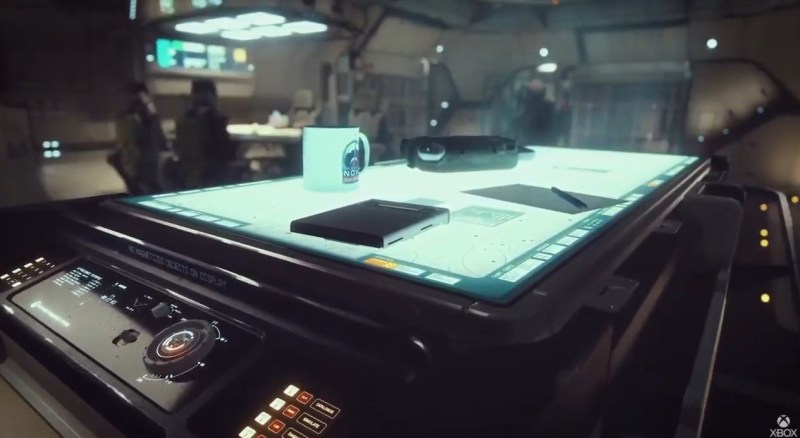 Bethesda announced its latest RPG, simply titled Starfield, in 2018. Last year it gave the single-player RPG a tentative release date of 2022. We don’t yet know much about the game’s story, but it’s set in the 24th century in a frontier called the Settled Systems. The player is a member of a galactic exploration company called Constellation, and will have to compete with a number of factions, including pirates and mercenaries. According to a leaked trailer, it has a tentative release date of November 11, 2022. 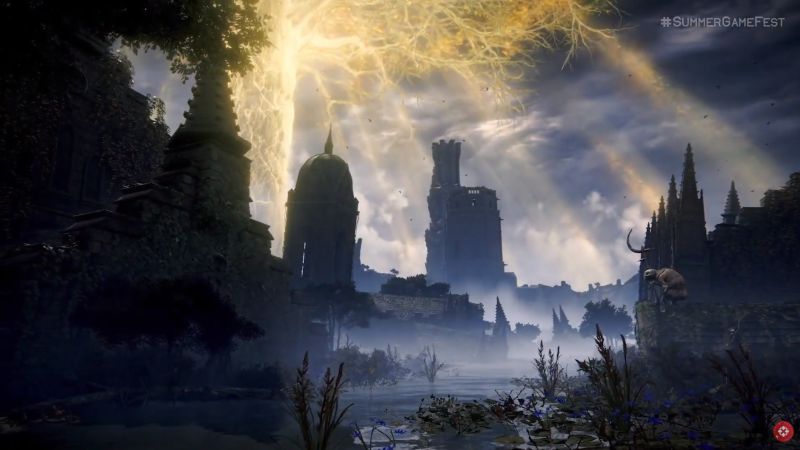 From Software sat on its latest action RPG for a very long time, but now we finally have a good idea of what to expect from Elden Ring. Not the story, of course — Soulsborne games are notoriously obscure even after you’ve played them. But we’ve finally gotten a glimpse of the gameplay we’ll have once Elden Ring finally launches on February 25, 2022. The game offers a few new twists on the FromSoft formula, including a mount with mounted combat, and a large open-world for players to explore. 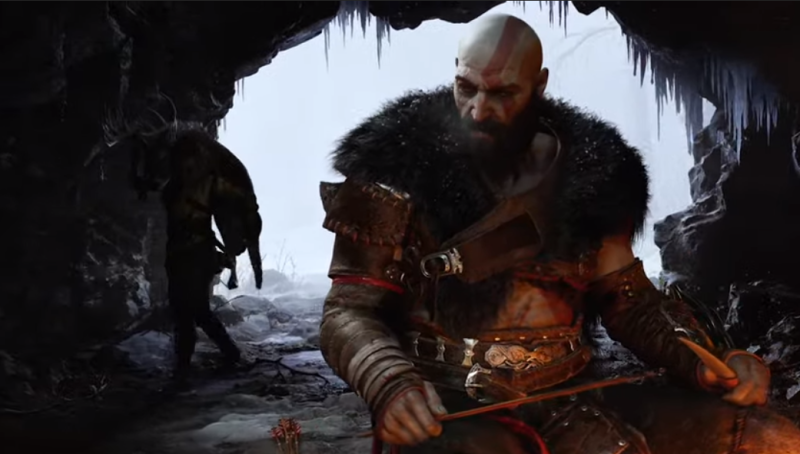 Ragnarok is the second and final game in Kratos’s Norse adventure. Following up on his last adventure, Kratos and his son Atreus are seeking out the Norse god of war, Tyr, as it seems they are now pitted against Thor, Freya, and probably several other denizens of Asgard. Aside from Thor and Tyr, other mythological figures are going to make their debut, including giantess Angrboda. We haven’t gotten an official release date yet, but the previous God of War title is coming to PC on January 14, 2022. 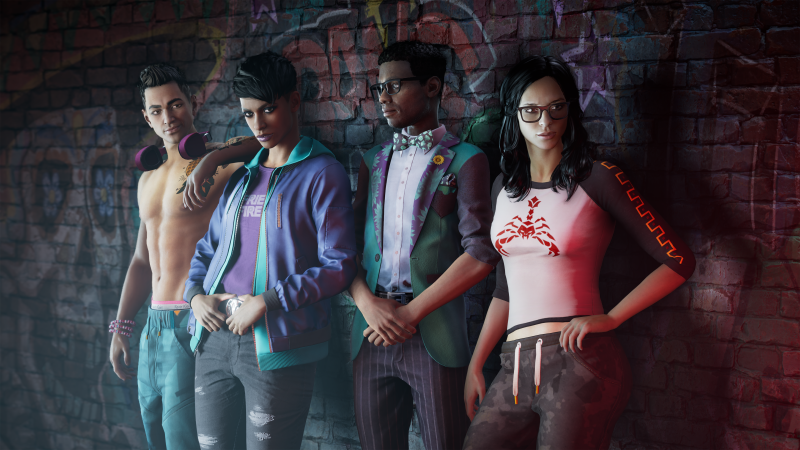 The next game in the Saints Row series is going to be a reboot. Fans have mixed feelings about that, naturally. We’re following a new iteration of the Saints in a Southwest town called Santo Ileso. These youthful malcontents will start fresh on their journey to Sainthood, taking on a new group of colorful enemies. The reboot is set to launch on February 25.

Breath of the Wild 2 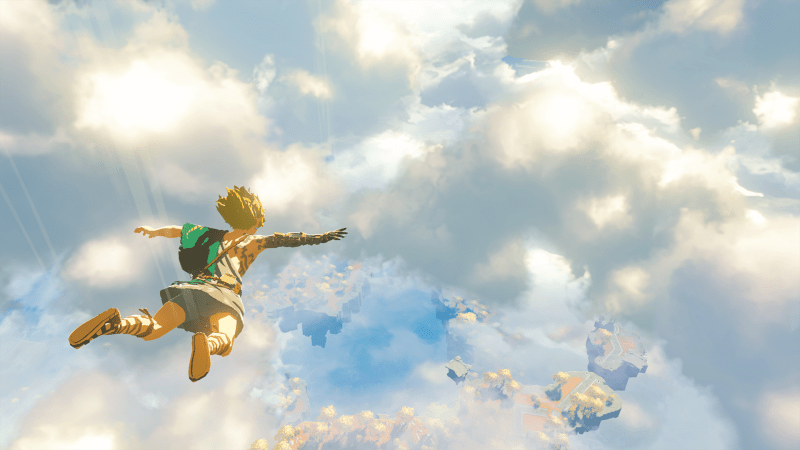 I’m going to give Nintendo the benefit of the doubt and work on the presumption that Breath of the Wild 2 will be released sometime in 2022. That’s a big assumption — I mostly agree with our own Jeff Grubb that the game is more likely fall back to 2023. But let’s be optimistic for now. Breath of the Wild 2, which still doesn’t have a proper title, will follow the adventures of Link and Zelda in Nintendo’s most beautiful iteration of Hyrule. Supposedly there will also be sky-based mechanics, which would give us even more space. 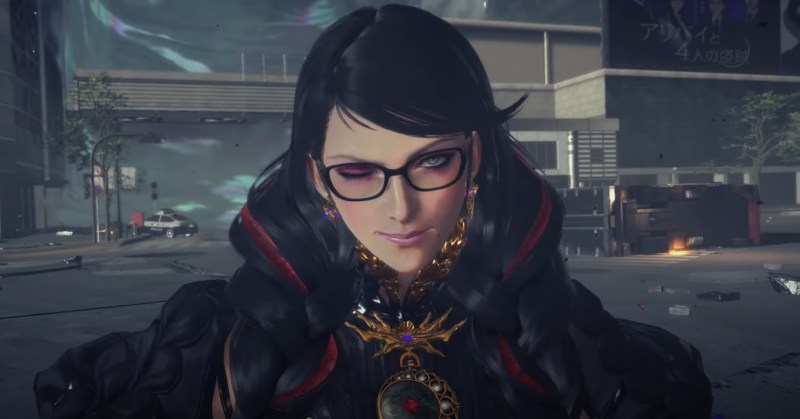 If Elden Ring fans thought they had to wait for news on their game, they’ve got nothing on Bayonetta fans. The teaser trailer for Bayonetta 3 debuted in 2017, and now we’ve finally gotten some news. The game is scheduled for a tentative 2022 release date, though like Breath of the Wild 2, it’s a likely candidate for a 2023 delay. The new trailer showed off Bayonetta’s many new moves, including the ability to control her summoned demons with dance, as well as her fabulous new kit. Square Enix’s new action RPG, originally titled Project Athia, is set to launch on PC and PS5 on May 24, 2022. Starring confused modern womn Frey Holland, who suddenly finds herself in a dangerous fantasy land with a talking bracelet on her wrist, Forspoken is about exploration and discovery as much as it is about magical combat. Or at least so the trailers make it seem. Other than the main hook, we don’t know a lot about the game’s story, but it’s always cool to see an original IP, especially with a cool female protagonist. 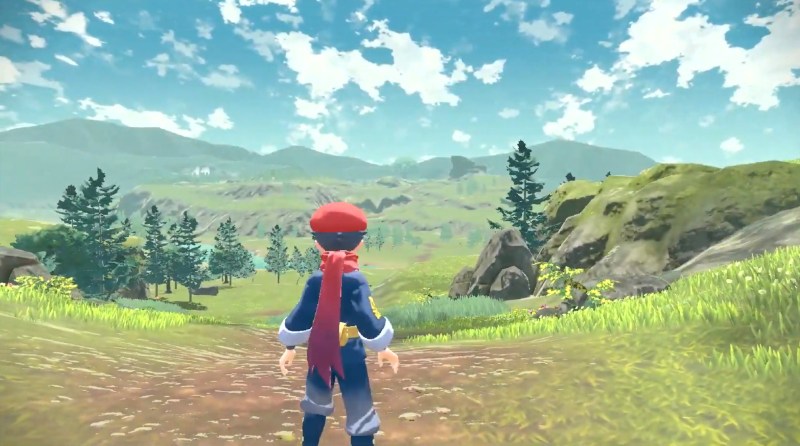 Pokémon’s 2021 offering were Brilliant Diamond & Shining Pearl, remakes of the DS titles — not bad offerings, per se, but definitely not the ones for which to get excited. Pokémon Legends: Arceus takes the series in a new direction, drawing inspiration from the likes of Breath of the Wild and Monster Hunter. It’s set further back in the world’s history, and you play as an explorer documenting Pokémon in the wilds of what will become Sinnoh. The game is set to launch on January 28, 2022. 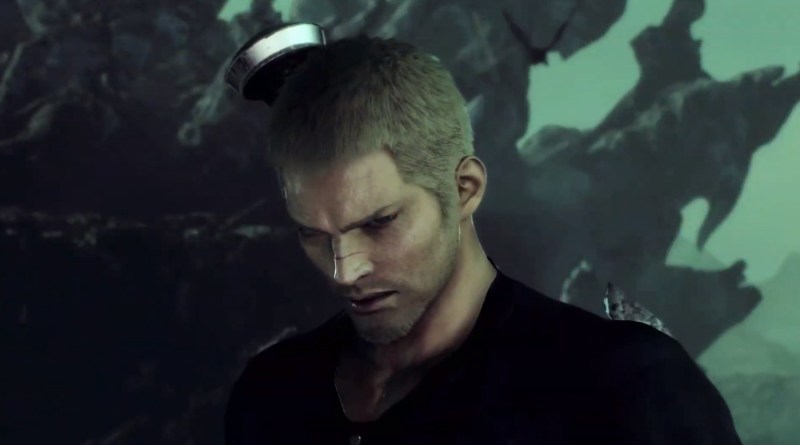 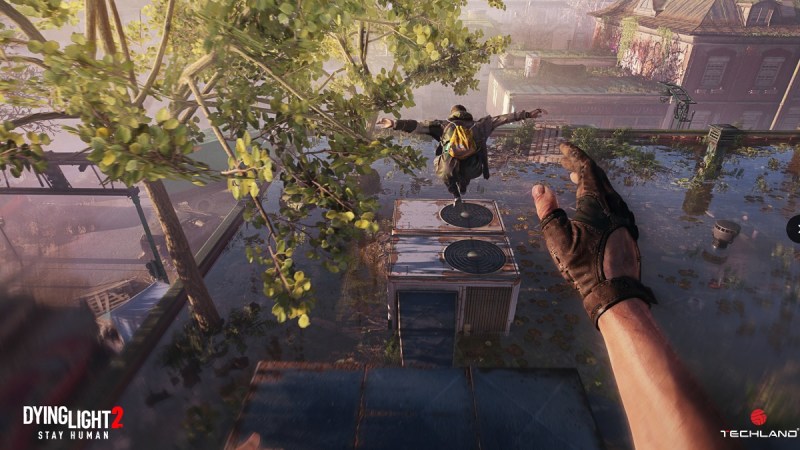 The long-awaited Dying Light sequel is one of the games that was originally set for a 2021 release before delays put it on the 2022 slate. Throughout 2021, Techland has been steadily been feeding us information about the sequel. It’s set in a post-apocalyptic world where the zombie plague has ravaged the human population, and protagonist Aiden Caldwell must parkour his way the last human city, allying with various factions while outrunning zombies. It’s launching on February 4, 2022. 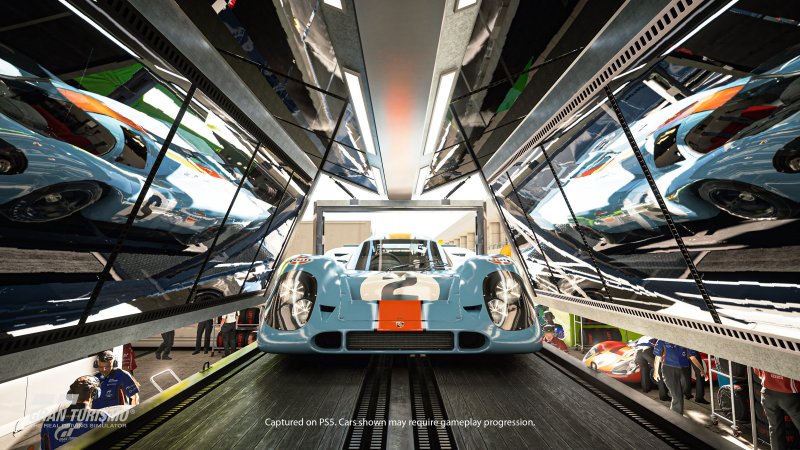 The Gran Turismo series is always a welcome presence on Sony’s consoles, and Gran Turismo 7 is set to launch on the PS5 and PS4 on March 4, 2022. The series hit a bit of a slump, with the last game launching in 2017. We’ve had other racing sims to occupy us since the next-gen launch, including Dirt 5 and Forza Horizon 5. It’ll be interesting to see what kind of niche GT7 can carve for itself. It’s already getting its own exclusive car, with Porsche designing an all-electric concept model just for GT7 players. 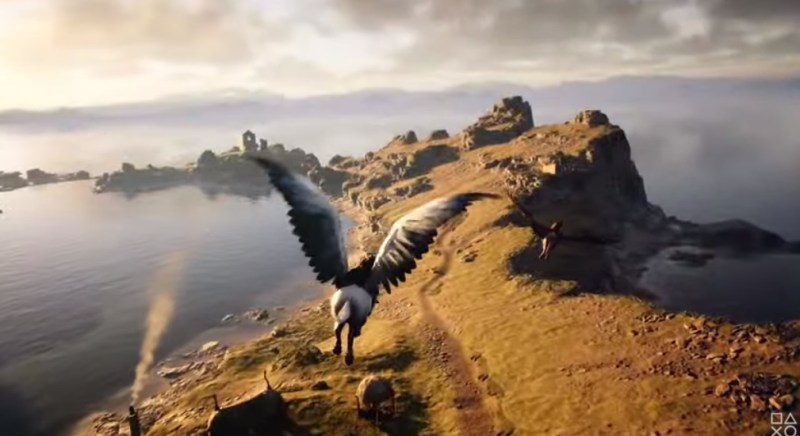 Out of all the games on this list, this is one that I’m least optimistic about seeing in 2022. Hogwarts Legacy was on Dean’s list of most anticipated games last year, and in the interim we’ve had almost complete radio silence regarding the game’s development and release. We know we’re getting news on the title sometime next year. But if it does miraculously manage to meet its 2022 launch window, it’ll be good to return to Hogwarts in a time before Potter. As a lapsed Potterhead myself, I admit I’m a little excited. 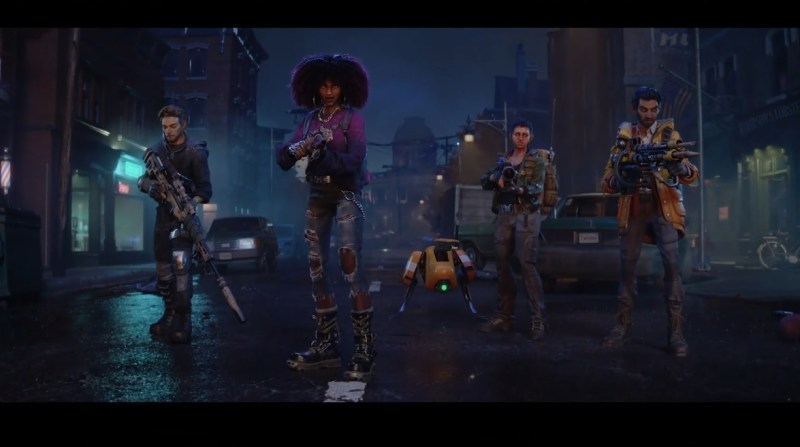 Arkane’s newest game, which debuted at this year’s E3, is a co-op survival horror FPS. Redfall sees the player characters battling it out with vampires in the titular Massachusetts town. We have yet to see any actual gameplay for RedFall — all we’ve got is a cinematic trailer so far. But it looks like a Left 4 Dead-style game, which might be welcome to those left unimpressed by this year’s Back 4 Blood. The game is tentatively schedule for a summer 2022 release. 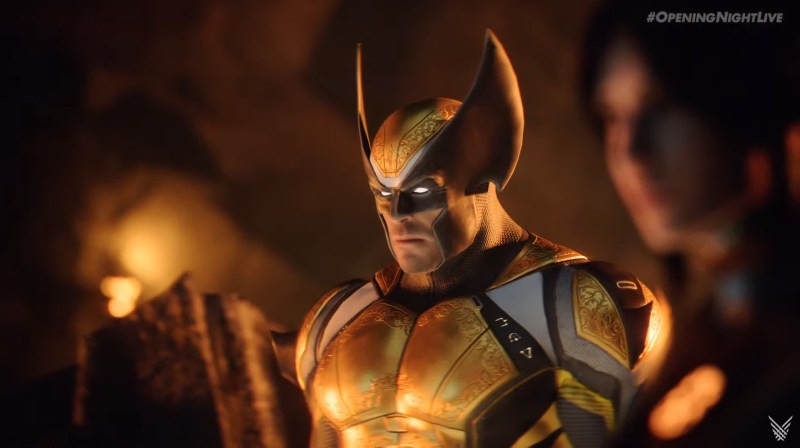 We’re supposedly getting a number of superhero games in 2022, including Gotham Knights and Suicide Squad: Kill the Justice League. But considering Midnight Suns is the only one of which we’ve seen actual gameplay for so far, it’s the one for which I’m most excited. This XCOM-style turn-based strategy game is a much different take on the superhero game than the other two aforementioned titles. It’s also following an original, customizable protagonist. Take-Two has set a launch window in the second half of 2022. 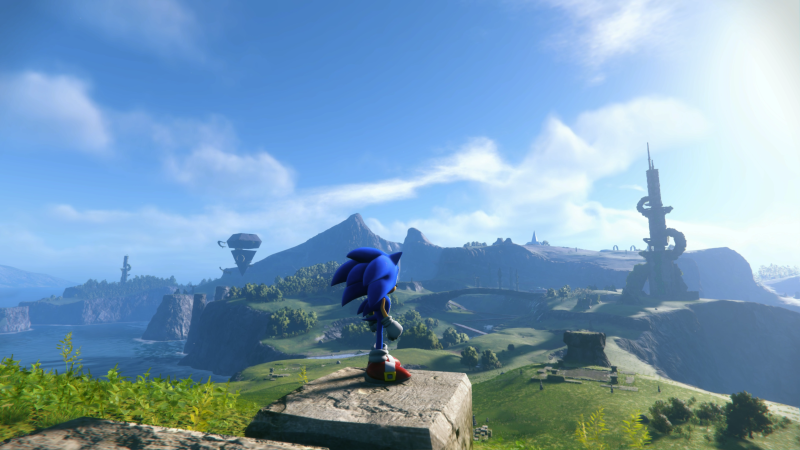 Sonic is back, and he’s also getting the open-world treatment in 2022. Sony uses the phrase “open zone,” but come on, it’s open-world. The speedster is getting a vast, new playground to explore in Frontiers, which is set to launch sometime in 2022. A recently revealed story synopsis details how Sonic’s latest tussle with Dr. Eggman results in the latter unleashing some kind of ancient technology from the Starfall Islands. The trailer we’ve seen so far gave us a glimpse of a massive enemy as well as the beautiful environments. 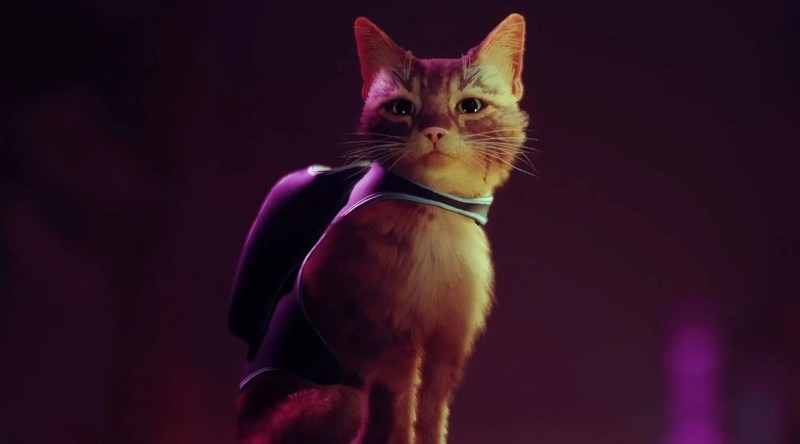 Annapurna Interactive showed us just a cat to get us interested in Stray — and that was enough. Another of the unfortunate 2021 game delays, the game is now set to release in early 2022. We got a new gameplay trailer last July, which gave us a bit more of an idea of what the feline player character will be doing. The cat is attempting to survive in a world without humans, in a city occupied by androids. Players will solve puzzles and defend themselves against hostile creatures as they navigate the large city. 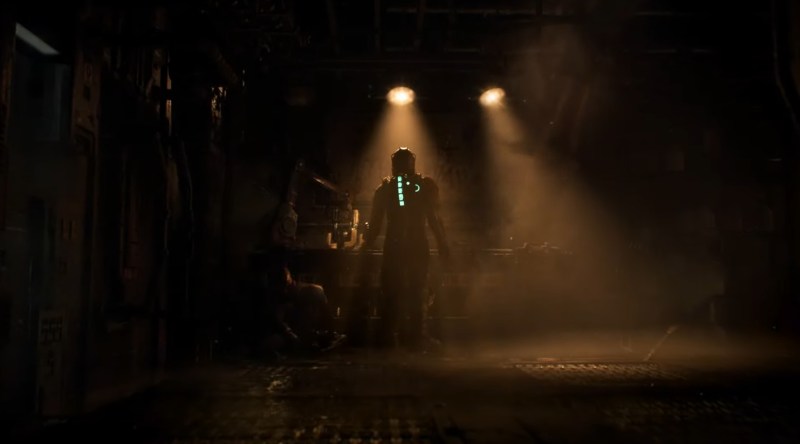 EA announced the launch of the Dead Space remake earlier this year, and reportedly the development team is aiming for a late 2022 launch. The remake will take players back to the original adventure of Isaac Clarke, remade for the new generation. In addition to updated graphics, it’ll also feature a fully-voiced-but-still-mostly-silent Isaac, and an updated gore system complete with flaying physics. While remakes and remasters don’t interest me as much as new games, it’ll be interesting to see this series return.

Yet another 2021 game delayed to a 2022 launch, Ghostwire Tokyo is tentatively scheduled for a launch sometime early in the year. The game is going to be one of several titles designed to take advantage of the PS5’s hardware, giving us a beautiful version of Tokyo to explore. When Tokyo’s citizens suddenly vanish in some kind of massive paranormal event, player character Akito must use their powers to battle the spirits that have invaded the city. The game looks both colorful and terrifying. 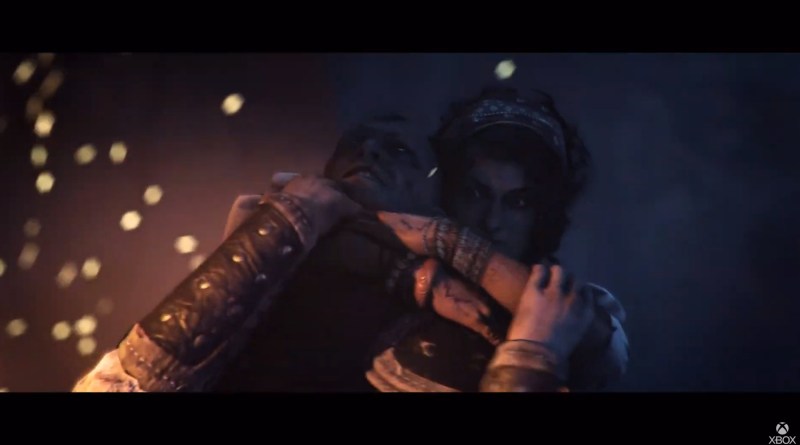 A sequel to horror-adventure title A Plague Tale: Innocence, Requiem follows Amicia and Hugo de Rune as they attempt to survive a very sucky period in history. Not only do they have to handle the beginnings of war, but they’re being hunted by the Catholic Church following the events of the last game, and there’s the small matter of legions of nasty plague rats to avoid. We don’t know much about the story yet, but Requiem did get a very spooky trailer at E3 2021. It’s set for a 2022 release.

Disctopia actually pays artists for their work, and a one-year subscription is only $40

The 2021 Award For That One Quote Everyone Remembers from Far Cry 3, Brought to you by Far Cry 6’s Insanity DLC

Report: 81% of IT teams directed to reduce or halt cloud spending by C-suite