Mobile game maker Jam City is taking the plunge into nonfungible token (NFT) games with the launch of a new blockchain division and its first NFT game, the fantasy adventure title Champions: Ascension.

The move is a big one that echoes the moves of other companies such as Ubisoft, Com2Us, and Zynga have made in recent days as they embrace Web 3 — the future of decentralized computing — and blockchain. Famous game developers such as Will Wright, Peter Molyneux, Graeme Devine, Austin Grossman, and others have been diving into NFT games as startups pioneered a multibillion-dollar market this year.

But some projects, such as GSC Game World’s Stalker 2, have received pushback from gamers who are worried about a variety of concerns, such as environmental impact, scams, money laundering, and a focus on earning money over gameplay. In that way, this moment feels like the beginning of free-to-play games at the outset of social and mobile games.

NFTs promise a new business model for things like digital collectibles by using the security and transparency of the digital ledger of blockchain to authenticate unique digital items. NFTs enable players to own their own gear in games.

Jam City has been watching this space and believes it has a big opportunity to empower players with direct ownership of their characters and other advantages, said Chris DeWolfe, CEO of Jam City, in an interview with GamesBeat.

“We believe NFTs have been interesting and, to a certain degree, maybe overhyped, but where they’re really going to shine is where they can be plugged into an environment where there’s utility for the NFTs,” he said. “And so fundamentally, we think that there is going to be a user behavior change. It’s happening right now, where folks want more control over their web experiences, their computer experiences.”

By spending in the game, you’re acquiring an asset, and DeWolfe said you maybe able to use that asset in other entertainment experience. Or you can sell it.

“And there will be a more collaborative experience between the game developers and the players in terms of the direction that the game is going to take,” DeWolfe said. “With direct input from that perspective, it’s going to be much more of a community. It’s going to be way more socially driven. We’re going to be utilizing Discord in a lot bigger way.”

The first title is a “play-to-earn” game dubbed Champions: Ascension, an adventure game set in a high fantasy universe developed for Web 3, said Johnny Casamassina, head of design at Jam City, in an interview with GamesBeat. He has been making games for 20 years, with much of it in the PC/console space. He moved into mobile games a decade ago and heads design at Jam City, and he said he has wanted to make this game for a long time.

“We feel very heavily invested into Web 3 computing, and games are going to be one of the first big applications there,” he said. “We have been investing over the last nine months to creating blockchain experiences for users. One of the projects is one that we’ve been working on for quite a while.”

Ahead of the game launch, Jam City will drop a limited run of 10,000 NFTs called Prime Eternals — the ultimate ascension tier in the Champions universe — starting with a whitelist-only private sale.

The team has created characters called Champions that players that players can own in the world of Massina, which has been at peace for 1,000 years. Ruled by generations of Emperors, the people are united and entertained by its gladiatorial games in a grand arena fought by outlandish beasts known as Eternals.

These alchemical creations are imbued with a primordial essence such as life, death or arcane, and possess special abilities. These essences are worshiped as deities by the people as the balance between the  different Houses influences their daily lives. Players will be able to impact changes to the world of Massina with the help of blockchain technology.

The 10,000 one-of-a-kind Prime Eternals NFTs will be minted just once, and holders of Prime Eternals will have the highest in-game earning potential and access to unique perks not available to other players. These include — among other things — special gear, the ability to play an early version of the game, and access to the game’s developers via Discord, where they will have direct input over Champions’ direction and evolution via feedback and regular votes on new products and characters being introduced in Massina. 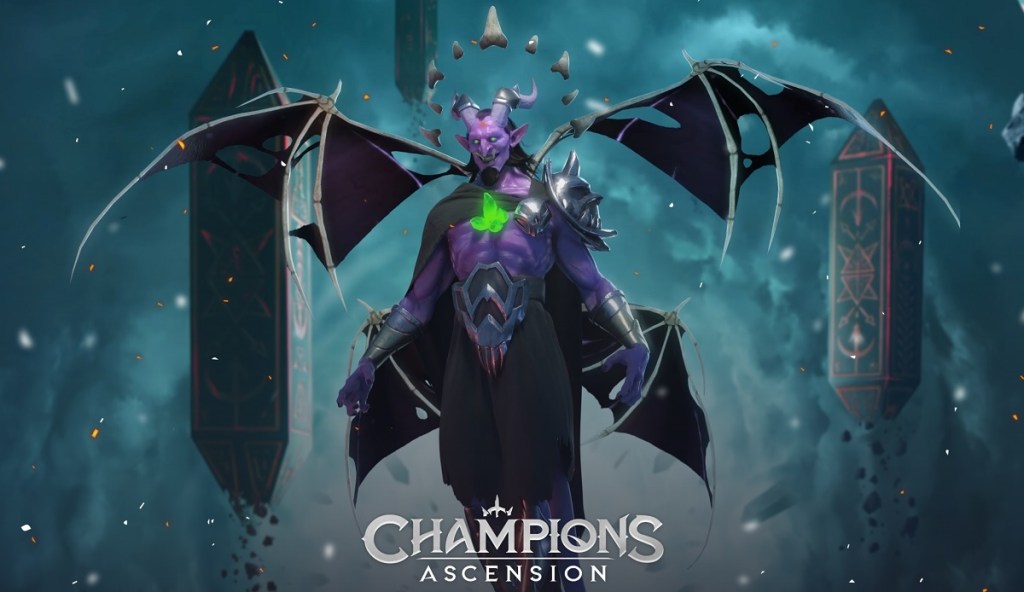 Players will engage in strategic, high-stakes decision making, allowing them to outsmart, outmaneuver and overpower opponents via gladiatorial combat. Players will be able to train, equip and prepare Champions for deadly exchanges; forge weapons, armor and gear from the very bones of fallen opponents; battle for land ownership to build forges to let you craft imbued gear; splice the essence of a Champion with others to create more powerful Champions; form alliances and climb the leadership ranks.

Later, Jam City will introduce additional Champions tiers with varying levels of in-game earning potential and access to gear. Champion NFTs can be used in the game to find, socialize and battle other players. But it won’t just be for hardcore gamers and crypto enthusiass.

“We’re shooting for all of our games to be very approachable, where you know, when you’re actually playing the game, you don’t have to download all these crazy wallets,” DeWolfe said. “There is all this friction getting into a game. But this will be as easy to start a game as any other free-to-play game.”

Each character will have a different level of rarity.

“These are assets that essentially just exist forever,” said Casamassina. The Champions will be doing battle, one against another. And out of those battles, there will emerge one victor, and one loser. The Champions who rise will essentially be able to absorb the essence of the fallen champions, making them stronger. ”

The winners ascend to the next level of competition. The game is heavily influenced by films like 300 and Thor Ragnarok.

In later versions, Jam City will make it possible for players to build structures and forge fight gear for their characters to use or sell on the player-to-player marketplace. All of these activities will enable players to expand their collections and their presences in the Champions Universe, helping to drive community engagement and creating opportunities for players to leverage gameplay, peer-to-peer sales and staking to increase the value of their Eternals and the digital goods held in their wallets over time.

DeWolfe said the company will focus on web games first and then move into mobile later. Jam City will do what it can to build a metaverse to support the game, with new technologies such as NFTs, minting, staking, and trading. 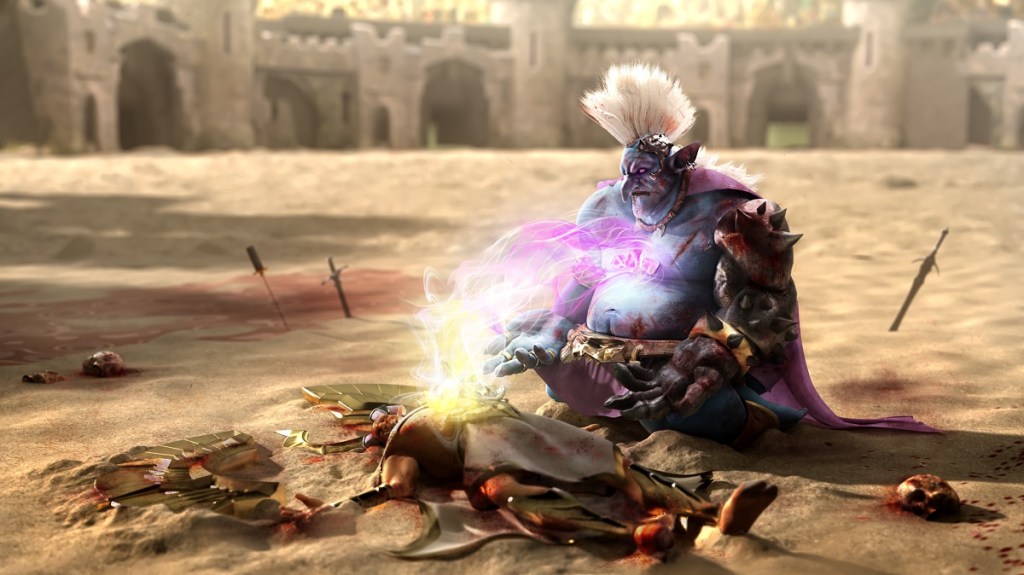 Jam City considers this to be an opportunity to be an early mover for a big change in games, just as it was  early when the app stores and free-to-play evolved with mobile games. DeWolfe and cofounder Josh Yguado believe this will democratize the player experience and change the market again.

Jam City didn’t say what tech vendors it will be using, or which mobile platforms it is targeting in addition to the web.

Jam City is betting that Web 3 games will have deep gameplay, whereas the current blockchain games out there have light gameplay that was made by people from the blockchain world, not necessarily game developers. 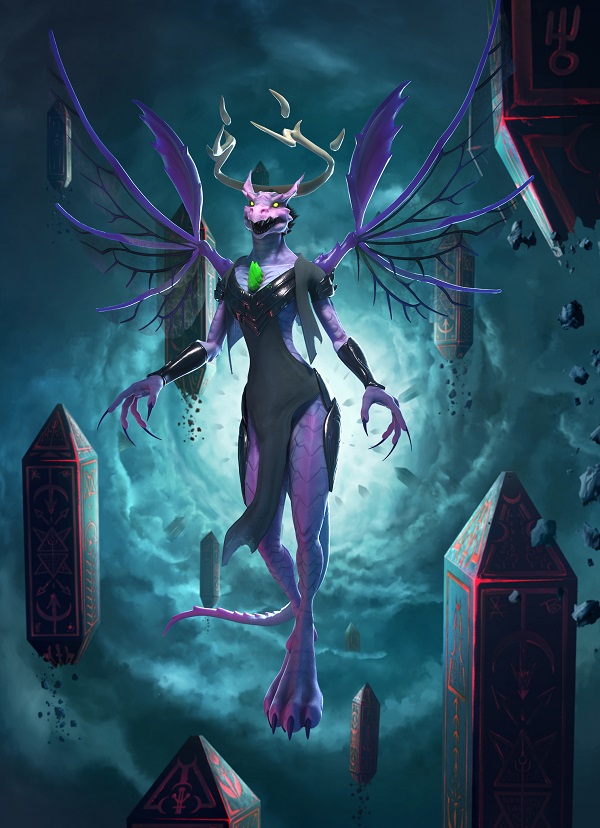 Back in 2003, DeWolfe started MySpace, which ushered in Web 2.0 and became one of the largest social networks in the world until Facebook overtook it.

“We were at the forefront of mobile, which we saw as the next big change in computing,” DeWolfe said. “We think that blockchain is bigger than that.”

DeWolfe doesn’t think it’s all vaporware. He noted countries like Colombia and El Salvador embracing blockchain. Jam City has 1,300 employees now, and it will devote significant resources to the blockchain division.

“To be successful, you need to have all the qualities that a great free-to-play game maker has developed over the years,” DeWolfe said. “It’s still about creating really deep, rich entertainment experiences. And that’s not going to change.”

Vempire will debut Roman era game in The Sandbox