That headline for this story sounds very unlikely, but I bet it got your attention. When I met Alexey and Afanasiy Ushnisky in 2015, these twin brothers certainly got my attention. And they’re doing it once again with a metaverse project that they call Mytonaverse.

I mean, you probably couldn’t string together so many surprising words together as we have in that headline. But it’s true. These brothers run the mobile gaming company Mytona, and they have built it into a company with 1,200 people. And their latest obsession is building a metaverse, albeit one that is focused on cartoon-like characters rather than hyperrealistic people.

I ran into the Ushnisky brothers in Tel Aviv at a Casual Connect gaming event, where they told me that they grew up in the shivering winters of Yakutsk, Siberia, a place where it could reach 60 degrees below zero and it was too cold to go outside and play. And that made it an ideal place to stay indoors and play video games. They did this so much that they became curious about making games and taught themselves to do it. The 15th game, the Secret Society: Hidden Mystery, was a hidden object game that got 30 million downloads.

To me, their story was an example of how you could make games anywhere in the world, and I went on to write a story about all of the places where games were being made. And that was where I left them.

Getting in touch again

But the Ushnisky brothers didn’t forget about me. Alexey contacted me about how they had built an app that could be an early contender for the metaverse, the universe of virtual worlds that are all interconnected, like in novels such as Snow Crash and Ready Player One.

In recent years, their hit games have been titles like Seekers Notes, Cooking Diary, Propnight, The Day Before.

“In 2015, we decided to publish games ourselves and opened a new startup — a game publishing company registered in Singapore,” Alexey said. “Then we released two successful games developed by our Russian division: Seekers Notes and Cooking Diary. Thanks to these projects, we’ve got more opportunities to publish even more games.”

“We do miss the cold weather, but we do get the taste of winter, as it get’s snowy on the south island of New Zealand,” Alexey said. “By the way, contrary to the popular belief, summer in Yakutsk is very hot.
Before the pandemic, we used to fly to Yakutsk every quarter. We are actively helping our home region with information technology development, donating money to social causes over $400,000 to fight forest fires and donated over $200,000 to fight pandemic. And we do love to play PUBG with our friends.”

Now, it’s clear their version of the metaverse isn’t quite so ambitious as those being built by others. Rather, it’s a cartoon-like virtual world. But with 1,200 people to help them, the brothers are quite serious about taking steps to make a full-scale metaverse. In fact, the app is out now across the major mobile app platforms.

The Mytonaverse is aimed to help people get closer regardless of their distance. Its main features are accessibility and usability, making sure anyone could easily join it, said Alexey, in an email to GamesBeat. 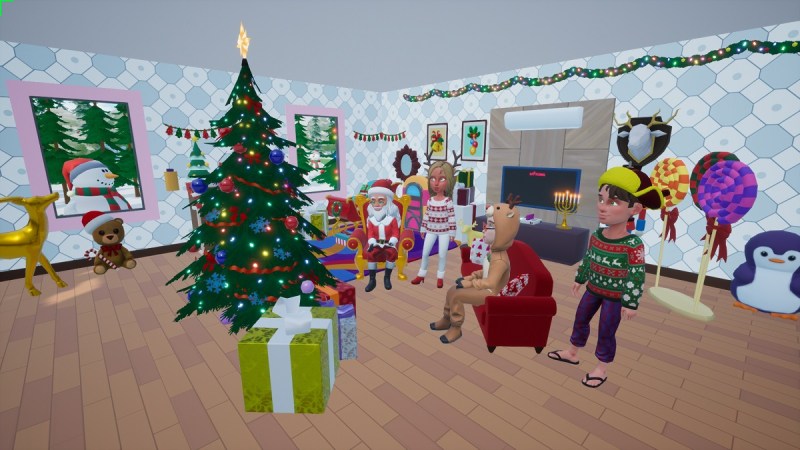 The app brings communications closer to real-life interactions: in the current version, users can hold virtual meetings, travel to different social hubs (worlds), and throw metaverse parties with friends from all over the world. This app means the first steps towards a full-scale metaverse, but even right now Mytonaverse can be an excellent alternative to video and audio calls, Alexey said.

“When creating our metaverse, we focused on the feelings of our colleagues, friends, and our own, that something was missing in video calls,” the brothers said. “Considering that it has become difficult to physically get together, we got fired up with the idea of ​​creating and embodying a metaverse where you could see friends and visit new places together without leaving home. Therefore, we decided to launch it on the eve of our beloved holiday — Christmas, so that people could unite with their families, hang out with friends and make new acquaintances.”

The developers are planning regular updates and improvements to the app, opening up even more opportunities for communication and adding other technologies, such as support for blockchain technologies and nonfungible tokens (NFTs), which are quite the rage now.

The brothers missed their friends.

“We could only interact using messengers and playing some games together,” Alexey said. “And back in 2018, we got the idea to create something where people could easily both communicate and play, where there would be much more opportunities than in messengers or games. Having started diving deeper into this topic, we realized there was practically no information about this on the internet.”

“We decided to create something that would be accessible and understandable not only for gamers, but for all people, regardless of their technological skills. At the time, we had no idea that we were creating a metaverse,” Alexey said.

He said they would like to see one large decentralized metaverse similar to the internet, which is not owned by any company or corporation.

It will be managed by a decentralized autonomous organization (DAO), and content will be created by users themselves. The metaverse will be based on blockchain technology, and all technologies will be open-source, Alexey said.

As for differentiating the Mytonaverse, Alexey said the main idea behind Mytonaverse is accessibility and usability so that anyone can use it easily.

“You just need to have a mobile device/PC with Internet access,” Alexey said. “This idea was the basis for our metaverse. We have invested all our experience accumulated over the years of developing casual games. Sure thing, it took us a long time to achieve this result, but now we are convinced that we succeeded in making the social interaction within our metaverse as convenient and efficient as possible.”

Currently, many big corporations are visualizing the metaverse as endless virtual worlds that use AR/VR technologies, but it will take quite some time before that happens, Alexey said. The projects and technologies they’re announcing aren’t yet available to a wider audience due to being expensive and inaccessible.

“The freedom of action we want to give people through our metaverse is more important than ever right now,” he said. “And you don’t have to be a big corporation to be able to do that — after all, during big technological breakthroughs, previously unknown companies usually become household names.” 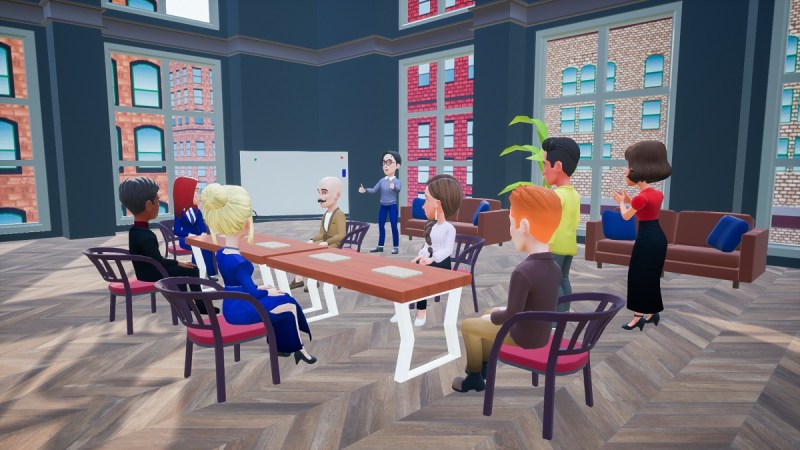 Alexey said the main difference between other announced metaverse projects is that Mytona is moving from simple to complex.

“First and foremost, we are focusing on what people really need: accessibility and maximum convenience,” Alexey said. “For now, it’s going to be a great alternative to video calls and chats.”

He added, “In the near future, we want to give our users a stronger and deeper system of communication, so they can not only communicate, but also easily learn and work. We will also provide a platform for mass events, such as concerts, exhibitions, so that people have the opportunity to run their own independent businesses.”

A new generation is growing up for whom virtual things have as much value as physical ones, he said.

“Even looking at our children now, we see that as soon as they have pocket money, they prefer to purchase virtual items,” Alexey said.

They’re planning to introduce blockchain technologies and NFTs. These technologies will enable users to create their own virtual content and sell it, as well as offer various services.

“So, in our metaverse, we have plans to introduce platforms for brands, the play to earn concept, streaming platforms, and so on,” Alexey said. “We are pretty sure these stages are not the limit for our team and the possibilities of our metaverse are endless.”

The limitations of scaling up AI language models

Forspoken debuts May 24 for PlayStation 5 and PC