I’ve been a fan of Supermassive Games horror titles ever since Until Dawn, which was my favorite game of 2015. And so I was eager to play the latest title from the developer, The Dark Pictures Anthology: House of Ashes.

This choose-your-own-death adventure game will be familiar to players of 2019’s Man of Medan and 2020’s Little Hope, the two earlier narrated horror stories from The Dark Pictures Anthology. This third installment takes us underneath the deserts of Iraq in 2003, just after the end of the initial hostilities of the Iraq War.

Each game in the stories is built around a legend or myth based on a real-life incident, like the ghost ship in Man of Medan and the Salem Witch Trials in Little Hope. No common thread connects the narratives except the presence of The Curator, a museum guy who keeps all of the stories in books and thinks of the performances of the players in the life-or-death stories as a kind of game.

The Iraq War setting makes a player think House of Ashes will be a combat game. But soldiers from the U.S. military and the forces of Iraq find that they’ve got bigger problems to deal with than human enemies. As the U.S. side looks for former Iraqi dictator Saddam Hussein’s weapons of mass destruction, little did they know that, in this particular game, it would have helped them to do research on the Akkadian empire. It’s a true story about an empire from 4,000 years ago, but the tale of its fall is wrapped in a myth.

In particular, an old poem about the curse of Akkad tells the story of how Akkad fell to barbarian attacks, circa 2250 BCE. Naram-Sin, the grandson of the great emperor Sargon, angered the chief god Enlil by plundering the god’s temple in Nippur. In his rage, Enlil brought down famine, plague, and eventually the conquering Gutians in the Zagros mountains to destroy Naram-Sin, who had the temerity to fight back. During this time, a rival king who signed a peace treaty with Naram-Sin reportedly said, “The enemy of Naram-Sin is my enemy, the friend of Naram-Sin is my friend.” 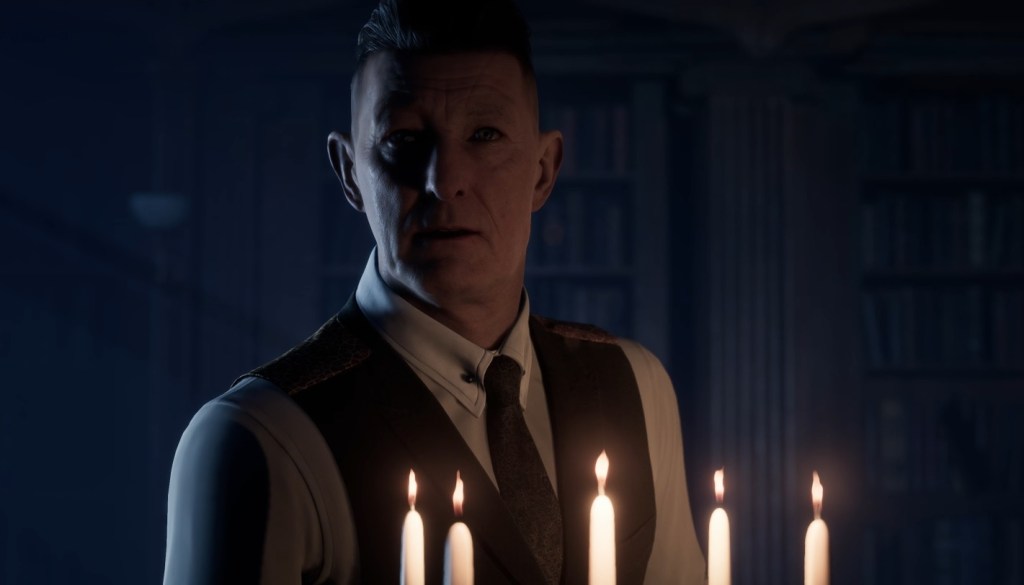 That is, the enemy of my enemy is my friend. This has bearing on the game, where the characters say this more than once and band together to fight the dark forces around them. And in the prelude for the game, we see this play out in Akkadian days, before the real action begins in 2003 in Iraq, as the U.S. side stumbles into the Akkadian ruins after an earthquake caves in the desert. I find that bringing in the past — and the lessons that we should have learned from it — to be an enjoyable part of a Supermassive game. 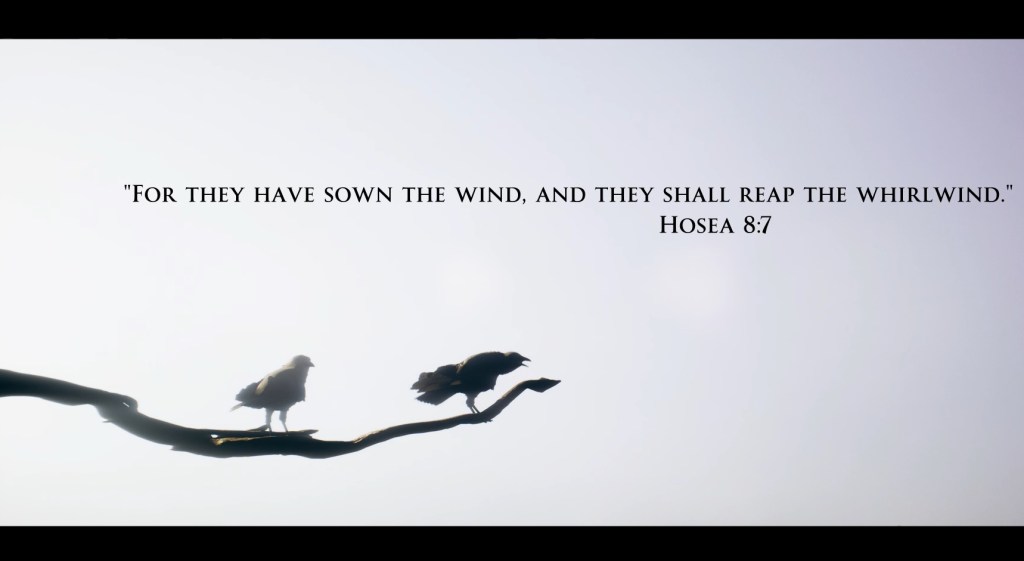 After we see that prelude from the past, we get to the clash of armies in Iraq. The developers set up an intense situation, such as the combat between the Americans and the Iraqis at the beginning, and then forces the player to make instantaneous decisions — executed in the form of a quick-time event. I played on the PC with a game controller, so I had to mash the right button quickly — like when a creature was chasing me, and I had to make sure I jumped over an obstacle in my way. If I mash the button in time, I escape. If not, I may get eaten.

The other type of choice you make is to respond in dialogue at key points in the relationships between characters. These often involve ethical dilemmas. Should I save myself or try to help my wounded colleague to safety? I have maybe 15 seconds to make this life-or-death decision. As a player, your goal is to save as many of the five main characters (and some secondary characters) as possible. But you may be quite annoyed with characters like the insecure Eric King or the deceptive Rachel King — so much so that you’ll let them die. 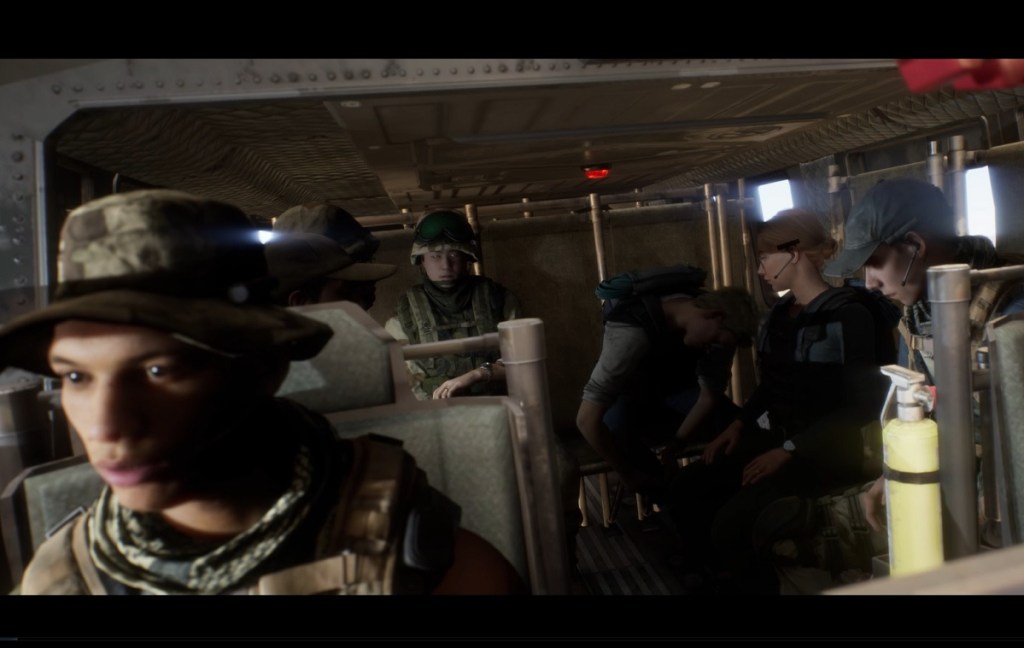 The interesting thing is that the butterfly effect is at work here. Every decision has a consequence. If you trip three times in a row, the monster chasing you will eat you. And later on, you’re going to wish you had that character because at some point in the future you’re going to need a mechanic or whatever that player’s skill was. The developers say you die more than 60 ways in the game.

Butterfly effect indeed — where one small decision leads to huge consequences for someone else. And you have to make big decisions. Should the Iraqi and the U.S. soldier cooperate? Should one character favor the old flame or the new flame in her life? Just remember. “For they have sown the wind, and they shall reap the whirlwind,” as the quote from the Bible’s Hosea 8:7 says at the beginning of the game.

In my first playthrough, I exited the game with just two characters alive. I lost a third character in the very last seconds of the game. And I was upset about that enough that I decided to start the game up again. Supermassive is counting on that, as it bills the game as highly replayable. 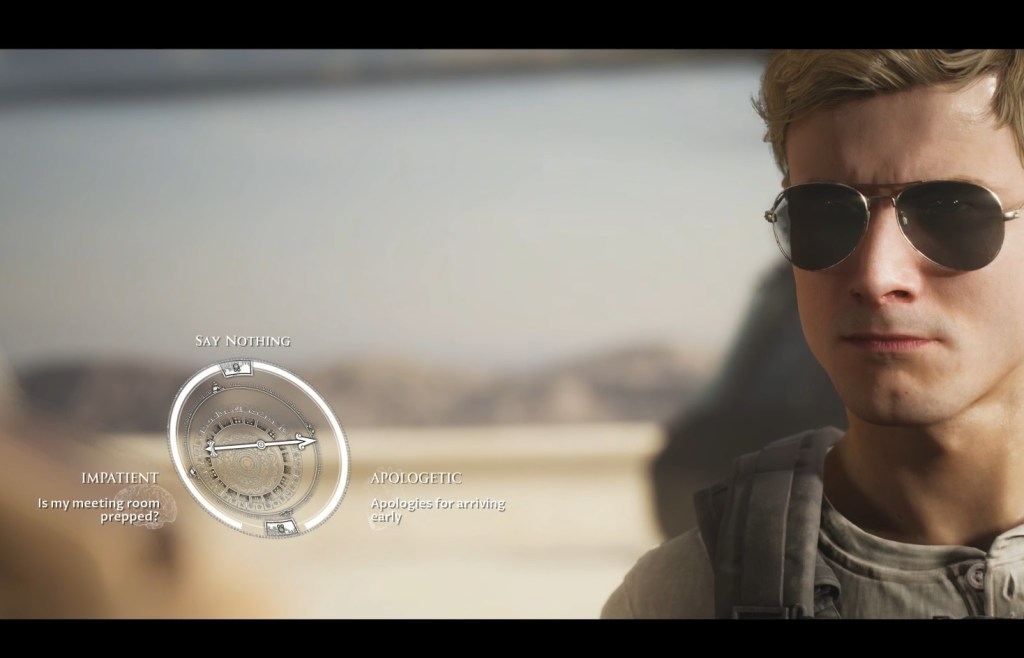 Plenty of action scenes in the game this time allow for players who like action to be more engaged. The combat makes you feel the life-or-death pressure that you feel when you’re in a firefight or when you’re surrounded by attacking monsters.

The acting performances aren’t memorable, but they’re good. Ashley Tisdale (Sharpay in High School Musical) does a good job being the character that others love to hate. You won’t encounter as many jump scares that bring out the horror elements in the game, but the gore is pretty thick for anyone who loves that kind of stuff. I’ve gotten used to it like the plaster on the walls of a Supermassive game.

As the characters delve into the Akkadian mystery, they find lots of collectibles along the way for history buffs. And they come across the tracks of an earlier expedition — one that met with doom because the explorers ignored the warnings of the past. As you find relics from the expedition, you get clues for how you should proceed. In fact, you’ll come across tablets that give you premonition of a life or death moment that will be coming up soon.

The exploration is more fun because you can now navigate the environment with a 360-degree player-controlled camera, rather than fixed cameras as in past games. The studio made that change based on feedback. You can also use a flashlight to sweep the dark areas and discover new paths.

The title is also good as a social game. Like the previous games, you have four main modes. You can play Shared Story, which allows you to play the whole game online with a friend. You can play Movie Night, where five players in the same room can trade off as the characters change. And you can choose between two separate single-player paths: the main theatrical cut, and the curator’s cut. The latter is available as a preorder bonus. The curator’s cut opened up more decisions that I could make in the game. 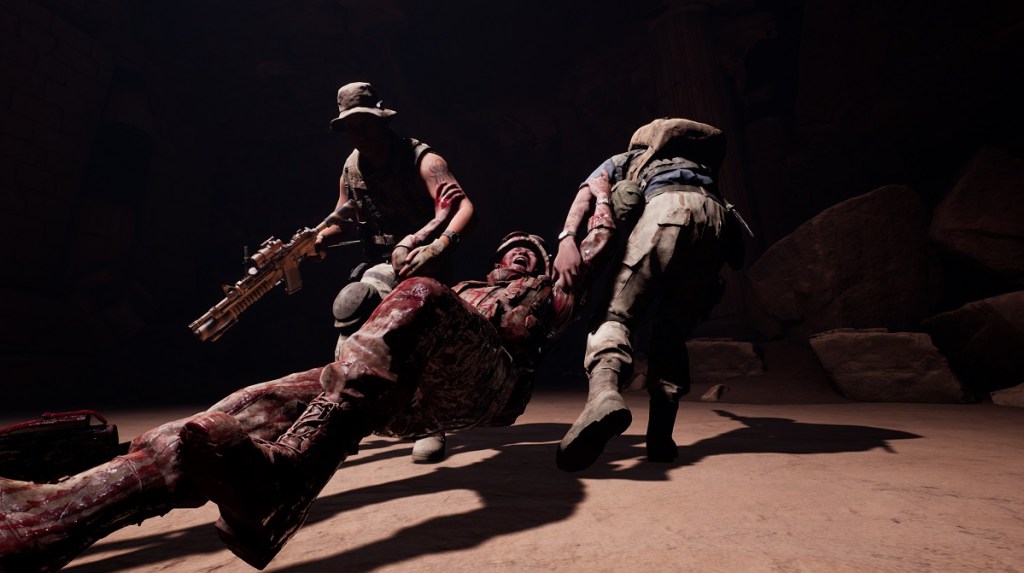 The gore gets a little old. And the QuickTime events are something that I both love and hate. I like the player agency that allows me to make so many decisions. I played the game at the “challenging” difficulty level, which was in the middle. But at that level, some of those QuickTime events just happen so fast that you have to be very quick with your reaction times. And if you fail, the result may be death. One of those I felt was particularly unfair, as it steered my attention in one direction when I should have jerked the controls back in the other direction to make the right decision.

QuickTime events also aren’t great for combat, when your mission is to move a target reticle above the right target until it turns red before a timer runs out, and then pulling a trigger to take a shot. This is a very clunky way to fight, rather than just pulling a trigger and hitting and adjusting your fire.

And while the environment of the game is realistic for much of the game, it becomes more fanciful later on. I wasn’t a fan of this contrast between the beautiful real-world characters and environments of the game and the crazier environments — like a river of blood — later on in the title.

Lastly, I enjoyed the ending of the game where you get a quick summary on the characters that you saved or lost. That helps you remember your scorecard for the next time. 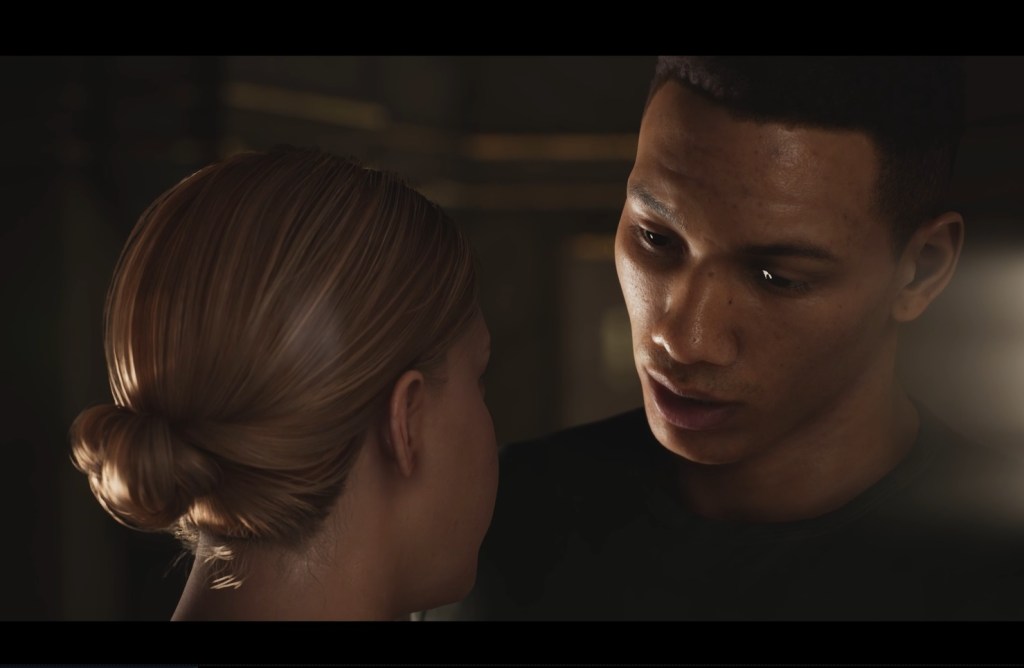 I liked the production values in this game and the writing was good. The theme of the “enemy of my enemy is my friend” resonated several times during the gameplay, and it guided me during some difficult decisions. The creatures in the game look very threatening and they creeped me out enough that I really hated it when they were chasing my characters.

The gunplay is improved but still clunky. I still wished I could move around more freely during the action, not just in the stage where I was exploring. Overall, I consider it another fine addition in the series that I’ve enjoyed ever since Until Dawn. Some of it is getting old in terms of being too familiar, but the writing and the storytelling is always superb — for horror game purposes.

And while the graphics are better than the games made for prior generations, I believe that Supermassive has to do some major upgrades that eliminate latency, improve the movement, and still reach an even better level of graphics realism. I’m looking forward to more entries in this series.

If I think of The Dark Pictures Anthology by itself, I believe this series is getting better with time. I give this game four stars out of five.

Publisher Bandai Namco gave me a copy of the game for the purpose of this review.