Tom Holland, the star of Sony’s billion-dollar film Spider-Man: No Way Home, came out on stage at Sony’s CES 2022 event to tout the upcoming Uncharted film. And he showed off a scene from the film that is a lot like a Live Action Role-Playing (LARP) game.

The movie, based on Sony’s Uncharted series of games with characters Nathan Drake and Victor “Sully” Sullivan, stars Holland and Mark Wahlberg in the leading rules. The filmed action scene featured a scene familiar to players of Uncharted 3: Drake’s Deception, when Nathan Drake falls out of a plane.

“We didn’t want to lose the essence of the games,” Holland said in a conversation with Sony Pictures CEO Tom Rothman on the stage on at the Sony booth at the convention center in Las Vegas. “It has a lot of heart. It pays respect to the games, and it gives fans something new to enjoy.”

While I’m making fun of the LARP-like scene, I do think this will be a cool movie and it is a big event. It’s a sign of what I would call “reverse transmedia.” Usually, transmedia means a big movie will be translated to another medium like comics, books, or games. But in this era, the most powerful intellectual properties are born in games, and movie-going audiences are full of games. And so it makes sense to take ideas born in games into movies and TV shows. Sony is well on the road with this strategy.

Neil Druckmann, co-head of Naughty Dog, also came out to talk about how the film is staying true to the story. He said Sony is also excited to be working on a TV show based on The Last of Us, another big hit from Naughty Dog.

On top of that, Sony is making a film based on Sony’s hit Ghost of Tsushima game. Rothman said the Uncharted movie, after Spider-Man, is the “next big swing.”

Holland said he played games during downtime on movie sets and he fell in love with the games and wanted to make a movie based on Uncharted. He and the filmmakers had to build bridges to the game developers to make sure they didn’t lose the essence of the game, Holland said. In this film, Nathan Drake is in his 20s, younger than he was in the games.

The scene has a lot of action, where, in a single shot, it shows Holland getting in a fight in a cargo plane with its back door open, flying high. He gets dragged out by some cargo boxes and is hanging on a rope. He climbs back in, only to get run over by a car exiting the plane. Then he jumps into the air chasing someone who promises to save him. It’s pretty crazy action, much like the original scene in the game.

Holland said it was the hardest action scene he has ever shot. 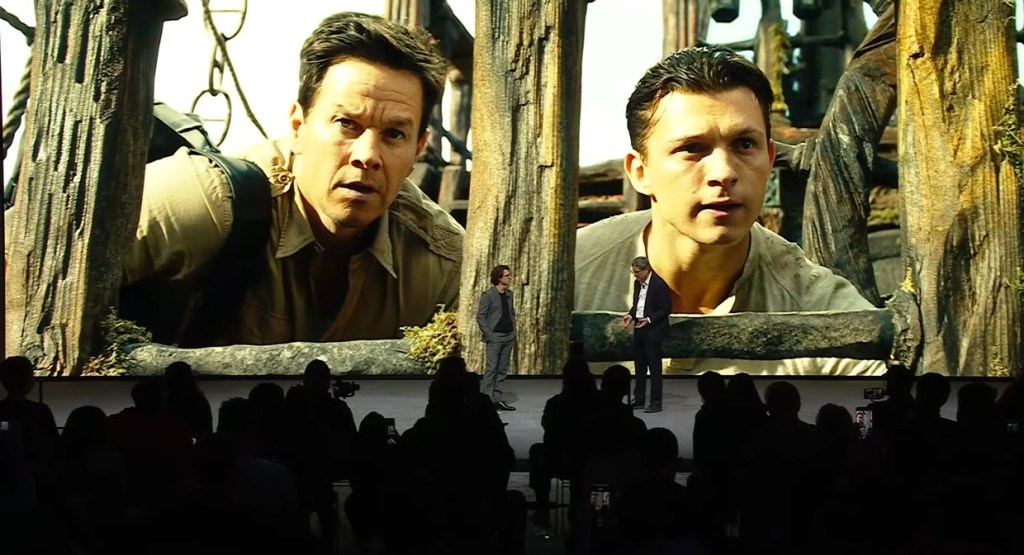 Kenichiro Yoshida, CEO of Sony, opened the event by saying the company continues to issue grants from its $100 million Social Justice Fund, established in June 2020, to address criminal justice reform, civic and community engagement, and access to education.

Sony teases Horizon: Call of the Mountain for PSVR 2

AI could repair the damage done by data overload

Nothing Ear (stick) unveiling scheduled for October 26: What to expect

Firmware is everywhere. Your security should be, too