Riders Republic, Ubisoft’s extreme sports playground, is much more relaxed than its premise and advertising would have you believe. I spent large portions of my time with the game on PlayStation 5 spent just enjoying the scenery or admiring my character’s form on a snowboard or in a wingsuit.

This is one of those games that is blessedly easy to get into. There’s not really a story, the controls are easy to grasp, and the game pretty much hands you most of the toys and challenges from the word go (almost — we’ll get to that). It’s just a fun game that delivers exactly what you think it delivers.

The game offers players the chance to ski/snowboard, bike, and wingsuit in races, trick challenges, and just general exploration. Each movement mechanic is well-designed and easy to pick up. The system of resistance and speed is not too restrictive, nor is anything too hard. For lack of a better way of putting it: It’s just fun.

If you ever get tired of playing the races, then you can join the multiplayer challenges. These are many and varied, and they will keep the game from feeling stale. There may be a bit of trouble getting into one, but I noticed this wasn’t too bad the longer I played and the further we got out from launch.

It’s not all an adrenaline rush, either. There’s something peaceful about just going for a bike ride or for a walk around the terrain. The game’s playground is visually a dupe for several national parks, and it’s both beautiful and relaxing. Even if you’re not an “extreme sports game” fan (I’m a casual admirer at best), it’s still a pleasant way to spend a few hours.

Speaking of hours, this is one of those games that feels best played for a couple of hours at a stretch. It’s exceptional in short bursts, but I’ve noticed that the action can get same-y when played for too long (though I’m sure you could say the same about any game — I certainly did about Far Cry 6). But if you want to kill some time and you want to play something that’s low-stakes, colorful, and breezy, this is your game.

What language are they speaking?

If the game’s high points are the action and the quiet beauty, then the low points come when literally any human character opens their mouths. The characters’ dialogue is a soup of outdated slang and pseudo-memetic drivel that sounds like it was culled from a zoomer language AI programmed by boomers. It’d be laughable if it weren’t so painful to the ear.

The tutorial is also a bit of a drag. It’s not optional, and it’s a multi-step process that will penalize you if you try to deviate. At one point the other characters give you a snowmobile and tell you to have fun exploring. What that means is to go to one specific point on the map, and any attempt to go elsewhere will be penalized.

Another not-so-wonderful part of the game is the microtransaction system. Granted, it’s just for cosmetics and in-game currency. But the menus are a cluttered mess and make the process of purchasing items unattractive. 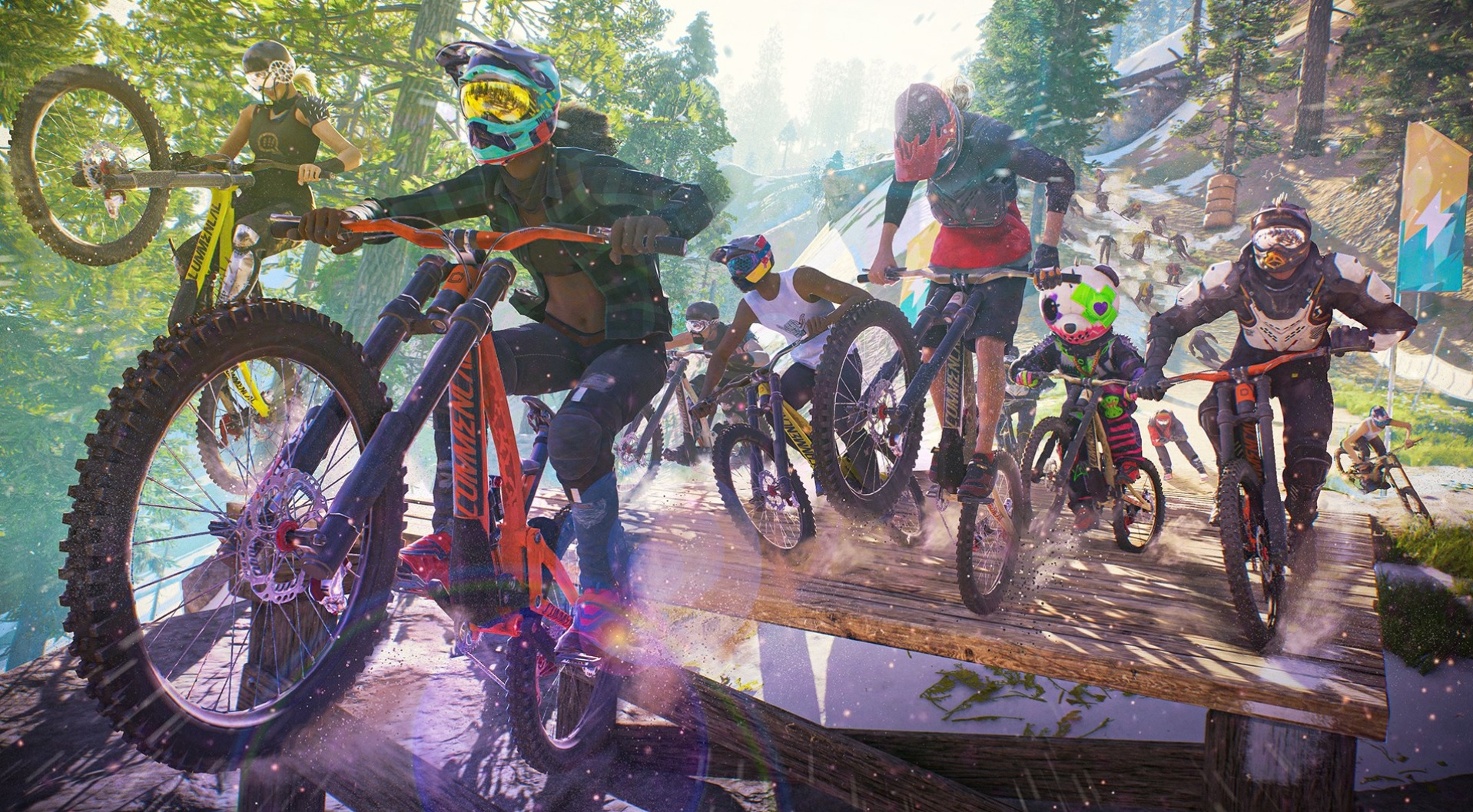 What you see of Riders Republic is what you get: It’s a well-made and fun sports game in which you bike, ski, and fly over beautiful landscapes, performing tricks and racing other players in short, enjoyable contests. It doesn’t need to be any more than that. It’s not the sort of game that will absorb you for days, nor is it the sort of game that benefits from trying to do too many things at once.

It does have some shortcomings: Namely its dialogue and slightly self-conscious microtransaction system. But when it’s on-form, it’s a lot of fun. If you have any taste for these kinds of extreme sports titles, then you’ll likely enjoy Riders Republic.

Riders Republic is out now for PlayStation 5, Xbox Series X/S, PlayStation 4, Xbox One, and PC. The publisher gave GamesBeat a code for this review.

Forza Horizon 5 is great, Activision Blizzard is a mess, and more | GamesBeat Decides 221