The first concept device, pictured above, is available today as part of the handheld gaming developer kit powered by the first generation of Snapdragon G3x. Qualcomm showed off the platform, which it views as a kind of enthusiast gaming rig for mobile players, at its annual analyst event in Hawaii.

The Snapdragon G3x Gen 1 Gaming Platform is a purpose-built platform for leveling up gaming on mobile devices. The platform amasses all of the Snapdragon Elite Gaming technologies together to create a premium category of dedicated consumer gaming products.

The Snapdragon G3x platform features the Qualcomm Adreno graphics processing unit (GPU) to run games at a fast 144 frames per second (compared to 60 frames per second for many mobile phones) and 10-bit high dynamic range (HDR) for 4K gaming in over a billion shades of color.

And Qualcomm said the Snapdragon Sound technology is optimized for quality, latency, and robustness so gamers can pinpoint opponents and hear all the action around them. With support from AKSys, it provides precise touch to controller mapping technology to enable use of the built-in controllers across a wide array of games.

It also has a multi-screen, augmented experience via tethering to an XR viewer via USB-C to a Snapdragon G3x powered device. It also allows for a device to act as a companion controller to a 4K display television. 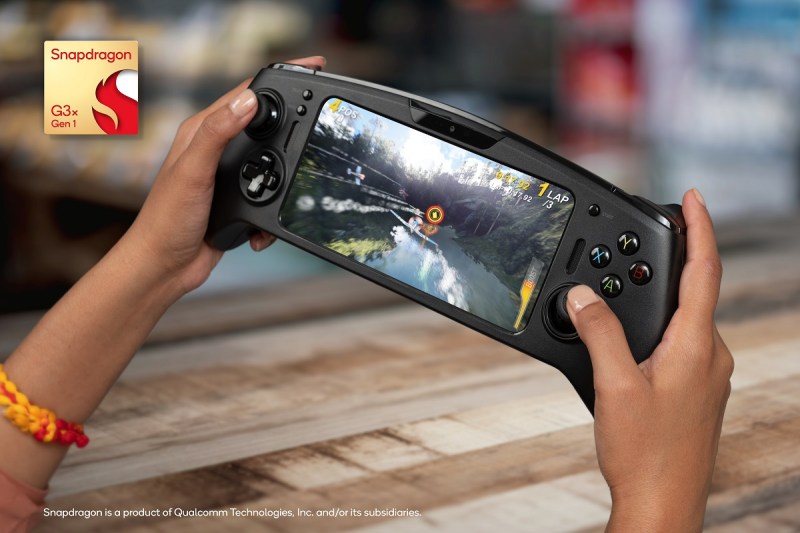 To showcase the platform, Qualcomm Technologies partnered with Razer to build the first Snapdragon G3x Handheld Gaming Developer Kit, which is available exclusively for developers starting today. Razer prides itself on making designs that gamers like, and its whole brand is built around the gaming lifestyle.

“Razer is extremely excited to partner with Qualcomm Technologies and support them on their way to introduce new cutting-edge technology to the global gaming industry,” said Min-Liang Tan, Razer CEO, in a statement. “Together, Qualcomm Technologies and Razer will lead the way with new and innovative solutions that push the boundaries of fidelity and quality available in portable gaming, transforming the way these games are experienced.”

The dedicated handheld developer kit was designed around the Snapdragon G3x platform to support features such as a 6.65-inch OLED display with Full HD+ resolution and 10-bit HDR. The screen can operate at up to 120hz.

Qualcomm said the device can provide sustained performance enabling long-lasting game play on the most demanding titles. It has a 5MP/1080p60 webcam with two mics that players can use to capture themselves playing and stream games to their audiences as a broadcasting tool.

The device also has 5G mmWave and sub-6 and Wi-Fi 6E for the fastest connectivity for low latency, fast uploads and downloads, and the most reliable connection. And it was designed for easy to grip controls and comfortable gameplay over an extended period. The developer kit also has built-in controller mapping from AKSys to provide precise touch to controller mapping technology to enable use of the built-in controllers across a wide array of games.

On this device, you could play native Android titles or stream your favorite games from your favorite cloud gaming platforms like Microsoft’s Game Pass Ultimate. And you can also access your Steam game library on the go.

In a press briefing, Micah Knapp, senior director of product management at Qualcomm, said there are 2.5 billion mobile gamers in the world and $90 billion to $120 billion of the $175 billion game industry comes from mobile game revenues. Mobile’s share keeps growing, and by comparison, the film industry in 2020 generated less than $45 billion. 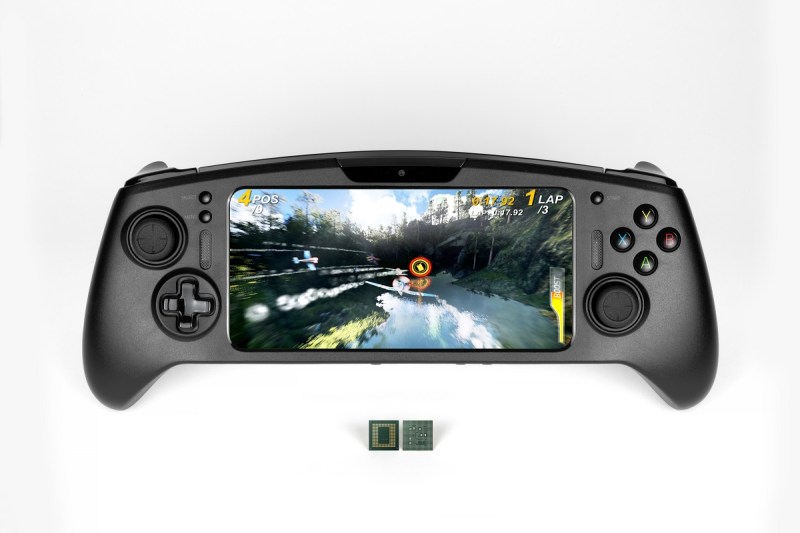 “We’ve seen just an enormous amount of migration into the mobile gaming space for a lot of reasons,” Knapp said. “And one of the things that we have noticed is that we used to consider people console gamers, PC gamers, or mobile gamers. It’s not really the truth anymore. When we talk to people who are PC gamers, you know that they’ll spend a dozen a week on a PC but they will also spend like five or six hours a week gaming on their phones.”

People play games whenever they get the chance, and that’s why there are more cross-platform games like Fortnite, Minecraft, Roblox, and Call of Duty.

Qualcomm is making this now because there aren’t enough custom game devices in the mobile space. And this kit will enable more hardware companies to launch such devices, he said.

The hardware prototype has dedicated controllers — thumbstick and buttons — for better control and fidelity, and a larger, unobstructed field of play. Knapp said it will take time to equip the developer community and enable them to build games for the device. Once that is primed, the hardware companies can create the gaming hardware for consumers to enjoy.

“We’re at a tipping point where we think that there are opportunities to create unique gaming experiences and a platform specifically for gaming devices,” Knapp said.

The device has a user interface that lets you navigate through your favorite games and different types of games easily. Asked if the model resembles the Steam Deck or the Nintendo Switch, Knapp said there is a lot of room in the market for a variety of design types, and this kit’s unique identity is as a dedicated mobile gaming device.

Asked if Qualcomm would consider launching the gaming handheld itself, Knapp said, “We’re a chipset company. Not a device company.” He said the partners would likely do it.

“We believe that once they get their hands on this, the sky is going to be the limit,” Knapp said.