G4 comes back from the dead with video network for gamers

G4 is undead. The network for gamers is returning today to broadcast programming with a series of gamer culture shows on Verizon FIOS, Cox, Xfinity TV, Philo, and Twitch.

The Los Angeles-based G4 content studio and network wants to unite creators and fans at the intersection of pop culture, gaming, and comedy with its return on both linear television and livestreaming services. The partners should enable G4 to get into 70 million homes.

The original network had a collection of gaming shows that were broadcast on cable TV from 2002 to 2014. I watched G4 pretty religiously whenever I needed a laugh, and I even appeared on it as a gaming expert (go figure). While the original cable TV network failed, G4’s latest advocates believe gamer culture is much stronger now than it was seven years ago, particularly after its acceleration in the pandemic.

The new G4 has a deal with Twitch for a multi-year promotional and commercial partnership through G4’s official Twitch channel. G4 will also continue to create channel-specific content across its social media platforms and YouTube.

G4 started teasing its revival at Comic-Con’s online event last year, and it began building its programming with feedback from fans, said Russell Arons, president of G4, in an interview with GamesBeat.

Arons, who previously ran Machinima, said that the “OG” gamer’s network is G4.

“This was just was a fabulous opportunity to take my knowledge of the gaming space and, and digital content and, and bring it to this reboot,” Arons said. “There has been an incredible amount of effort and and time put in for the launch. It’s really been in the works for over two years.”

G4 programming will be produced and delivered through a first-of-its-kind 24/7 broadcast studio in Burbank, California, where it has both a collaborative workplace and professional esports and gaming environment.

“G4 was the first entertainment network to really legitimize gaming as a lifestyle,” Arons said. “And now fandom and gaming is ubiquitous. If you want to reach today’s youth culture, you have to do it through the lens of gaming and fandom. So we’re coming back at a time that couldn’t be more celebratory around this very elusive audience. And that’s important for advertisers and brands, who are trying to figure out how they reach this audience in a way that feels authentic to them.” 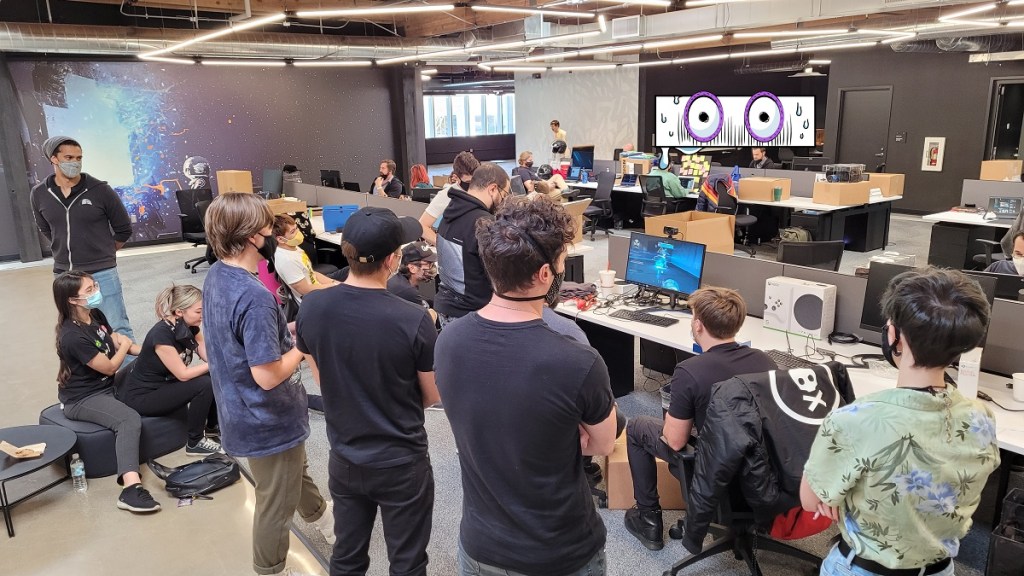 She added, “Gamer culture is absolutely a huge force, and highly monetizable. Our distribution model is now much broader in terms of all the households we can reach. And we can integrate sponsors and brands into our content in a way that is very different than the original G4. It is no longer about media buys and spots and dots. It’s about really innovative brand integrations.”

Arons said the timing and technology are both right.

“The biggest difference from the original G4 is we’re on digital channels like Twitch and YouTube as well as on linear channels with Verizon Fios and Cox. It’s really everywhere gamers are,” Arons said.

G4’s programming slate at launch will include a wide range of content, including new editions of beloved legacy G4 shows, exclusive content, top interviews, and more. It includes the unscripted Attack of the Show!, the original geek culture variety show returns with host Kevin Pereira and other misfits.

G4 has also revived Xplay, a zany video game review show that returns as a digital-first content brand that balances an authoritative loudmouth confidence with the absurdity of a public-access comedy sketch show, with returning host Adam Sessler.

“My emotions are very strong,” Sessler said. “Yesterday, I was down there at the studio. I have been able to see how it looks on TV, and it’s the set I always wanted. It doesn’t feel to youthful. It feels like a really nice, stylish place that with a lot of game memorabilia in it. Somehow we did it without drowning in irony.” 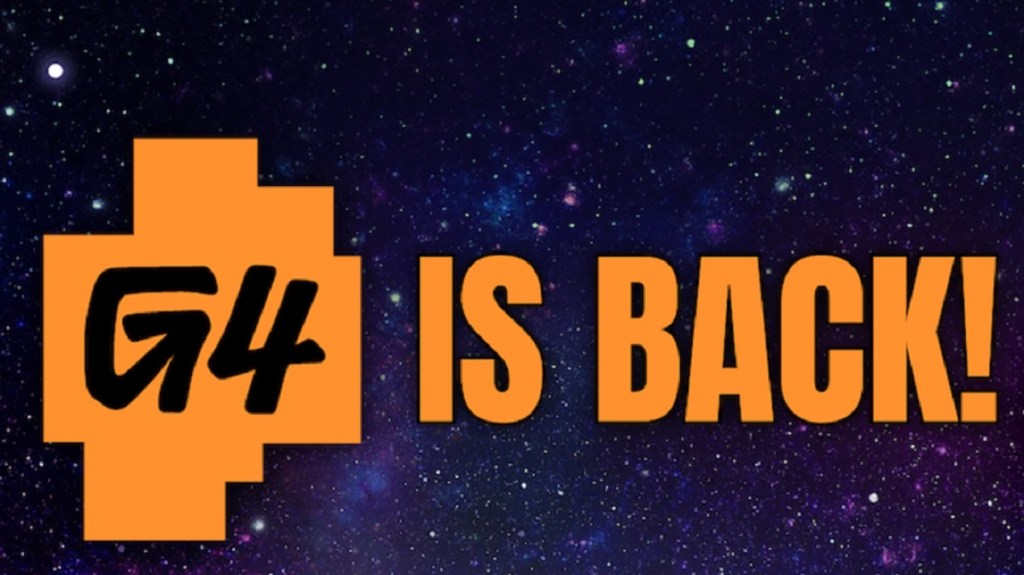 He added, “I am older. You may experience this yourself with your own staff. It’s very youthful. I love it. We have a wide variety of people, and it helps to have everyone looking at games without necessarily the same experiential baggage that I have. The variety of experiences that are going to come to the show is exactly what we need.”

Other shows include Boosted, an esports comedy; Ninja Warrior, the competitive athlete obstacle course show; ESL Gaming, which has partnered with G4 to produce and broadcast several prime-time esports programs; and the Dungeons & Dragons Limited Series, which features live shows with celebrities.

ESPN had an esports series on broadcast TV for a number of years, but it pulled the plug on it in 2020 during the pandemic, when most of the esports tournaments shifted to online only.

The new G4 network will have about 30 hours of streaming content per week, and it will add video-on-demand content, as well as TV show rebroadcasts. It will be on 24 hours a day, counting the licensed programming and replays of the original G4 shows.

“I’d say that we’re taking much more of a Saturday Night Live ensemble cast approach, and also much more diverse in terms of people of all races, genders, and sexualities,” Arons said. “It’s much more reflective of the audience who is playing games in today’s world.” 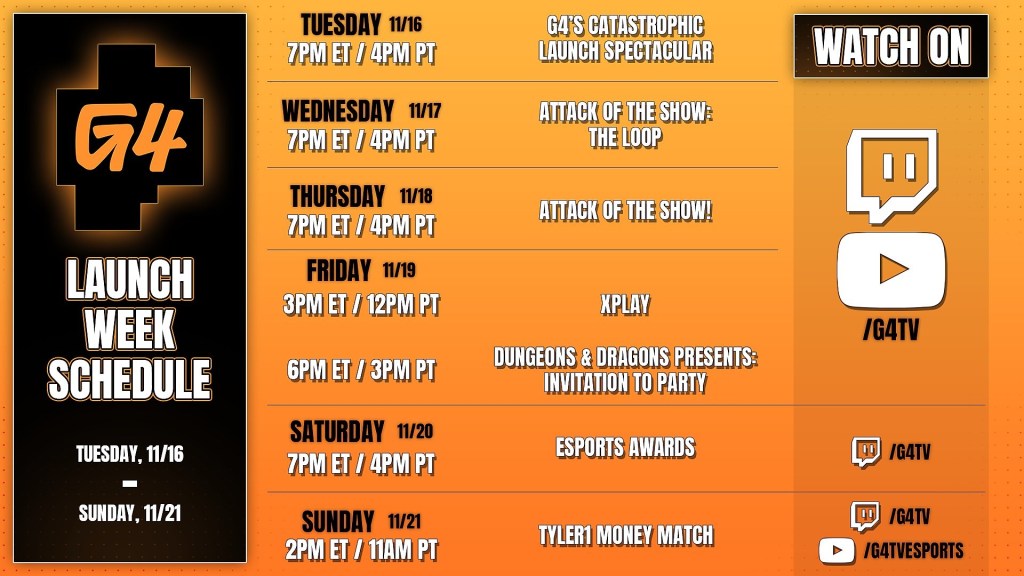 As for things like the metaverse and nonfungible tokens, Sessler said, “I like to pick up on stuff like that. I’ve been following a lot of what you were saying about it. It’s an inevitability. I don’t see them as inherently evil. I’m neutral on NFTs and I am skeptical of the panic attack about them. As for talking about the metaverse, that’s like talking about Fortnite. That’s where my brain is on that.”

As for the new cast, Sessler said, “It’s really cool group of people and to say that they have opinions of that rival mine, I think that’s an understatement. We will have a wide variety of opinions with more people and more viewpoints, and you may hear dissension from others and alternative views.”