The N3twork platform team will join Forte as a part of the transaction; N3twork founder Neil Young will lead Forte’s games industry business unit, and he will remain executive chairman of N3twork Studios.

“We have an end-to-end to end platform that makes it easy for game developers to leverage blockchain technology to introduce player-to-player economies and their games, interoperate across various blockchains, and use the blockchain ecosystem to tap into the huge market around tokens, globally,” said Josh Williams, CEO of Forte. “But to really do that the right way, we’re going to see the space evolve, and we’re going to see game economies get more and more complicated. And so having tools to make it easy for developers to not only create those economies, but to really scale them, is needed.”

Williams said that N3twork was successful with its platform in the free-to-play mobile games market in helping companies build their economies, and similar tools and systems will be needed in blockchain games.

“And of course Neil, and his team, are a big part of the reason we wanted to do this,” Williams said. “Neil is one of the most proven executives and leaders in the industry. He has led through previous eras of change, in the very early days of mobile, and the shift of the gaming to free to play. We think we’re under a similar transformation that is orders of magnitude larger.”

Blockchain-enabled games have features like letting players own their game items, but they have proven controversial as hardcore gamers are distrustful about new ways of being monetized. But the companies say that players can freely trade goods and services with each other, and can participate in community economies that reward creativity, collaboration, and skill.

“There is really a huge gap that needs to be closed for game makers to be able to interact with the crypto ecosystem in a way that is smart for them and safe for players,” Young said.

The big question is whether mainstream gamers will pick up the blockchain gaming habit, much like free-to-play games swept through the industry in the past decade. Forte’s plan is to make it a lot easier for big game companies to adopt blockchain — and to make it safe for gamers, said Williams, in an interview with GamesBeat.

Regarding the pushback from hardcore gamers, Williams said Forte is watching it carefully.

“I don’t think it’s been surprising to see the pushback from gamers,” he said. “The way that some of these projects have been announced, hasn’t been player centric or player forward. They’re more technology forward. I think anytime you’re talking about the technology that you’re using, instead of a game, that appeals to a niche audience. I think what players care about is what does this mean for the game.”

He added, “If you slap an NFT on a project, or you make it sound like that’s what you might be doing, or you might be introducing tokens into a game for the sake of the selling the tokens, gamers are going to have an allergic reaction to that. With the way we’ve approached things, the blockchain is an enabling technology under the hood. It’s really about the player experience, first and foremost, and the benefits of the transformation that can happen when players really own the virtual goods, the digital assets that they’re aleady accustomed to purchasing and how it integrates into a game.”

Over time, he believes game developers and publishers will figure this out more and build deeper experiences with blockchains and tokens under the hood.

“The purpose of it isn’t to introduce tokens,” he said. “The purpose of it is to introduce new benefits for players, new opportunities for developers and players in gaming communities around the game. We’ll go through this cycle where there’s some early skepticism. But then I think blockchain technology unlocks far more benefit for players and has really ever been possible.” 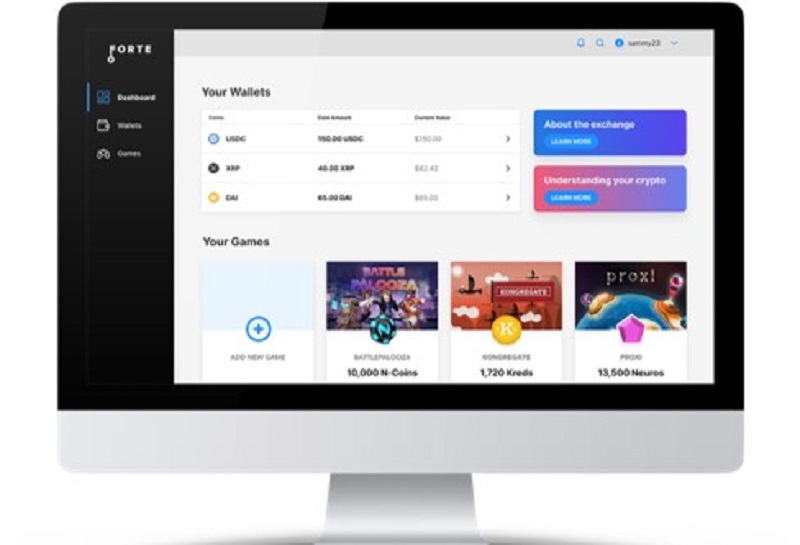 The games team from N3twork has made titles like Legendary: Game of Heroes. That group will form a new independent games company, N3twork Studios. N3twork Studios will utilize Forte’s blockchain solutions to build and operate a portfolio of titles, including its new multiplatform Legendary Heroes Unchained, and its upcoming Triumph mobile game.

Matt Ricchetti, who oversees N3twork’s games, will serve as president of the new studio. He joined earlier in 2021 to oversee Legendary and the new franchise Triumph.

N3twork had about 107 full-time workers, not counting contractors who worked on some of the projects. About 40 will join Forte, and the remainder will be in the studio, said Young, N3twork’s CEO, in an interview with GamesBeat.

In addition to its development capacity, N3twork Studios will have a dedicated publishing and growth team to help its products thrive in the Web 3 space, as well as the benefit of the technology that has powered N3twork’s Scale Platform using its own instance to unlock the potential of its products in the market. That platform made it a lot easier for mobile games to grow and support lots of users quickly.

“I’m delighted and incredibly excited to be joining Forte to lead our games industry endeavor as we pursue our mission to reimagine and revolutionize the entire ecosystem through the blockchain,” said Young, in a statement. “Forte is helping enable this revolution, and together we see an opportunity to fundamentally change every aspect of our industry in a way that benefits every participant in the games ecosystem — from player to publisher, from marketer to maker — the impact of the blockchain on the gaming landscape will be profound and we are so excited to be a part of leading that change.”

There’s a lot of financial clout behind Forte’s efforts, as it has raised $900 million to date and is putting this to use in its first big acquisition. (The purchase price was not announced). But Forte plans to be a platform maker that serves game companies, and owning its own game studio is not part of the plan, Williams said.

Young said he thinks blockchain games will be transformative.

“This is not the same type of change that we’ve seen before. It is not a cyclical platform transition driven by new local processing power, changes in storage mediums or interfaces that have powered the growth of our industry every five to 10 years,” Young said in a post. “This change is much, much more complete than any that has gone before – it is the start of a new epoch that will impact every aspect of our industry.” 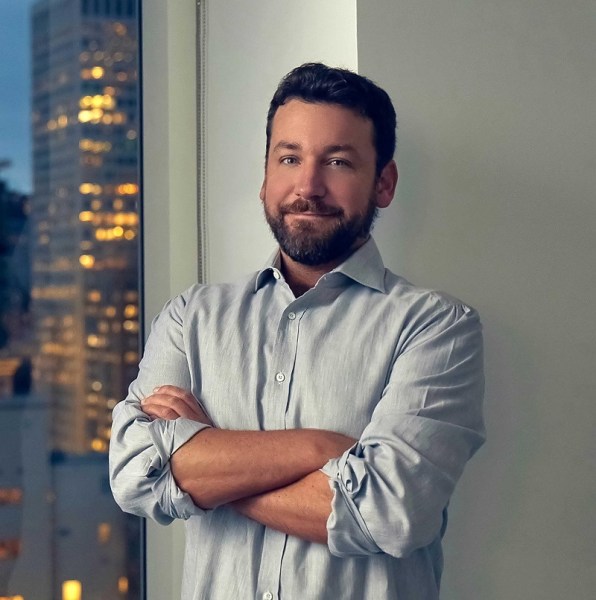 Young added, “How do we know? Individually and collectively the team at N3twork have been a part of many great phases in our industry — we’ve grown up coding games in our bedrooms on home computers, we’ve leapt from 8-Bit to 16-Bit, from Genesis to PlayStation, from offline to online and from dumbphone to smartphone. When compared to those transitions, we can tell you that this is very, very different.”

He noted that blockchain gaming does not favor a demographic, a region or a platform. It doesn’t just affect what we play, but how we play and why we play, he said. It’s not constrained to a single constituent in the great ecosystem of games — it will affect every corner of the industry, force multiplying value in its wake and impact developers, publishers, marketers, advertisers, investors, platform makers and of course, players, Young said.

“The games industry goes through these transitions every five to eight years, usually powered by some improvement of performance or a new device that comes into the market,” Young said. “I think that this is the most complete transition that our industry has ever has ever seen, or will will ever see. It’s much to me like a full, multi dimensional transformation that’s going to end up touching every corner of the games industry. It’s not just about tokenizing games. That’s really important. But it’s also the opportunity to revolutionize every aspect of the games industry through the lens of blockchain and community economics. It’s not just the games themselves, it’s the entire industry that is going to feel this change.” 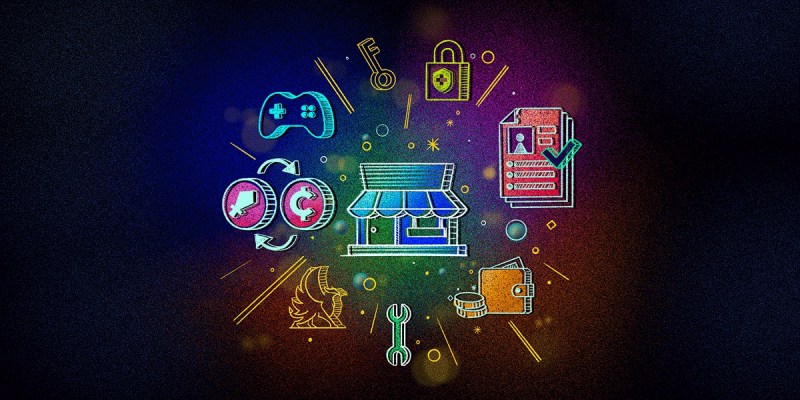 N3twork had already decided in mid-2021 that it planned to move into blockchain technology and planned its resources accordingly.

“The more time we spent together with Josh, the more it made sense for us to join forces,” Young said. “This is really about rewriting the rules of the entire industry. And that arc may play out over five or 10 years. But the work needs to be done now, to begin moving the industry in that direction. It’s ultimately going to result in a huge redistribution of value between different players inside the ecosystem, towards these ideas of community economics and ownership, changes in governance, affecting not just the games that we’re making and how we’re making them, but why they’re being played, and how the value is being distributed throughout the ecosystem.”