Samsung introduced its first foldable device, the Galaxy Z Fold, in 2019. Ever since, it remains the only smartphone brand in India with foldable devices in its product portfolio. Leading the pack is the Galaxy Z Fold series, which was recently refreshed by the South Korean electronics maker for 2022. Named the Samsung Galaxy Z Fold4, the foldable device is a minor upgrade over the Fold3 (review). It is essentially the same device tuned for new experiences.

The Galaxy Z Fold4 is a smartphone with a foldable form factor, which enables experiences that are otherwise not possible on conventional smartphones with bar shaped form factor. More on the experiences later in the review, the Fold4 is thick, heavy, and bulky as a smartphone. This is despite Samsung’s continuing efforts in trimming down the flab on the device with each generational upgrade. The Fold4, undeniably, is a tightly packed smartphone with optimally used space, but it is not a pocketable one. For a device with two displays, including a big bendable one, the Galaxy Z Fold4 is appropriately sized, with weight evenly distributed for a good in-hand feel, especially when unfolded.

Unwieldy it may be, but the fourth generation Galaxy Fold device is not delicate. It boasts a durable aluminium body and Gorilla Glass Victus+ protection on the cover display, back cover, and cameras. Besides, the device is IPX8 rated for protection against water related damages. These protections boost confidence in using the device, but you may still use it with care. It is because the bendable screen is made of plastic and is prone to damages, if pressed too hard or subjected to pointed objects. However, there is no reason to worry about the device longevity as long as you follow the dos and don’ts by Samsung that are shown during the initial set-up. Important to note, the Fold4 is not dust-resistant and needs to be regularly cleaned and protected, if required, for best experience.

Coming to experience, the Galaxy Z Fold4 brings changes geared toward ease of use, multitasking, and productivity. Take for example the new bottom side mounted taskbar on the main bendable screen of the Galaxy Z Fold4. It shows five commonly used apps and two recent apps on the bottom side of the main screen. Besides, there is an app drawer to access all other apps.

Through the taskbar, you can quickly get into another app from any window without minimising or closing the open app. Moreover, the taskbar enables easy multitasking – tap and hold on the app icon to make the selection and then drag the app on the screen for a side-by-side view. The Galaxy Z Fold4 supports up to three app windows on the main bendable screen. Besides the taskbar, there are many other minor upgrades. Apps, especially from Samsung, Google, and Microsoft, are now optimised for foldable screens; the cameras get enhancement features such as auto-framing and background effects for video calls; and drag-and-drop functionality is now available for more apps. The existing features such as dual-pane mode, app continuity, flex mode, and the new ones make the Galaxy Z Fold4 a productivity powerhouse better than any other smartphone at present. Rounding up the package is the imaging performance. The Galaxy Z Fold4 gets a new camera system on the back for improved performance, especially with regard to low light shots and portraits. Star of the show is the 50-megapixel primary sensor backed by optical image stabilisation. It impresses with fine details, natural colours, and immense dynamic range. Besides, the sensor is capable of capturing natural shallow depth-of-field, which adds zing to the captured frame. The ultra-wide-sensor is as good, but with different colour calibration. The telephoto lens enables close-up portraits and zoomed shots, both of which add up to the versatile imaging experience. 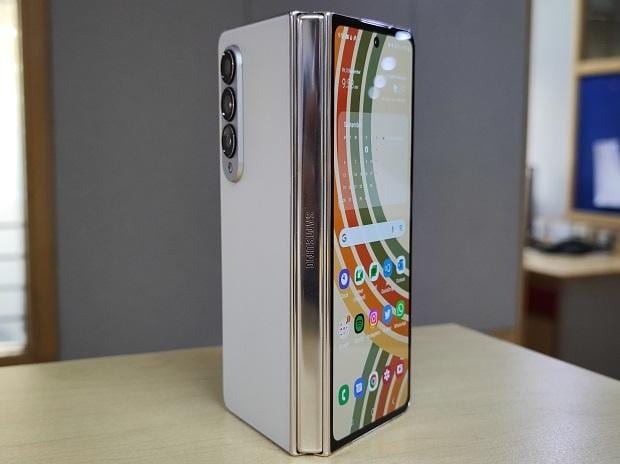 There are two more cameras on the phone, besides the triple-camera system on the back. One on the cover screen for selfies, video calls, and phone unlock mechanism, and the other on the main screen covered under the display. The camera on the cover screen is good, but the one inside on the main screen is abysmal because it is under the screen covered with pixels for a distraction free screen viewing experience. The pixels on top of the camera turn off automatically when the camera is in use, but that does not improve the image quality. Nevertheless, there definitely is an improvement in the overall imaging experience compared to the predecessor. 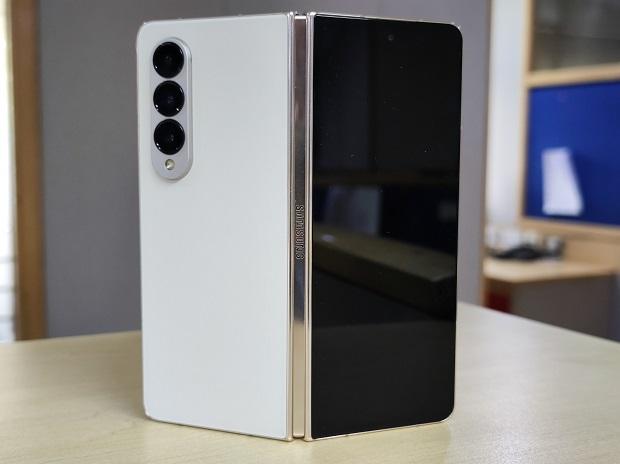 Running the show is the 4,400 mAh battery, which delivers an on-battery time of about a day on normal usage. The device’s modest on-battery does not pinch as much as the slow charging does – takes about one and half hour to charge fully using 25W adaptor. Moreover, the device ships without a charger but just a cable with USB-C on both ends.

The Samsung Galaxy Z Fold4 is a device full of novel experiences. With dual screens, including a large bendable one, the device delivers polished experience be it as a smartphone for communication or as a big screen device for productivity, entertainment, and gaming. In the absence of any potential contender in the foldable device market, the Galaxy Z Fold4 is the best foldable device despite bringing only incremental upgrades over last year’s model.

IAB releases guide for brands to start marketing in the metaverse

Spotify Wrapped 2022 is here, and everyone gets a ‘music personality’

Willow on Disney Plus is a wonderful, funny, nostalgic adventure