Metalenz unveils PolarEyes sensors that are 1,000 times smaller than a human hair

The sensors can detect air quality, or manage your healthcare from a smartphone based on your vials. The Harvard University-born meta-optics company also brings polarized lenses to consumer and mobile devices for improved privacy and security features.

The full-stack, system-level solution combines physics and optics, software and hardware, to power everything from next-generation smartphones and consumer electronics, to new healthcare and automotive applications.

Metalenz PolarEyes collects the polarized light information traditional cameras discard and parses through that information to better interpret the world around us.

“We’re just really excited now to see exactly how we can impact all of these industries,” said Robert Devlin, CEO of Metalenz, in an interview with VentureBeat. “The thing that we have set out to do is bring an entirely new form of sensing and put it into everyone’s pocket.”

We last wrote about them in February 2021, when they raised $10 million to create 3D sensors on a chip with structures that are 1,000 times smaller than a human hair.

That investment helped Metalenz scale production and accelerate the development of miniature optics on a chip technology and its new lens that could power the next generation of sensors for use in smartphones and other consumer, health care, and automotive applications.

For consumers, the higher-quality lenses mean more powerful phone capabilities that can help them snap more professional-looking pictures — even in the most challenging environments — while promoting longer battery life. Right now, smartphone makers such as Apple are including multiple cameras in smartphones to render 3D imagery.

Devlin said the company has generated its first revenue and its first product will be out in the second quarter of 2022.

“It’s a 3D-sensing product and it’ll be in consumer devices starting in the second quarter of this year,” Devlin said. “We have had a chance to see the manufacturing process proven. We can use it to bring entirely new forms of sensing to the consumer form factor and price point.”

“With polarization, you can actually understand something about what the materials you’re looking at are made up of, and so you can understand something about the underlying structure of these materials,” Devlin said. “You can understand whether something is man-made versus natural object versus transparent or opaque object. So it gives you a whole extra set of information that allows your cameras and your machine vision systems really to make a lot better decisions.”

Metalenz could make camera lenses and sensors better. The sensors are based on meta-optic technology that was pioneered at Harvard University’s John A. Paulson School of Engineering and Applied Sciences (SEAS). Metalenz was cofounded in 2017 by Devlin and professor of applied physics Federico Capasso.

With a decade of research and 15 issued patents on the concept, the Boston company said it has an intellectual property head start.

Metalenz said it is already engaged with a number of the world’s largest manufacturers in the consumer electronics and automotive spaces, from original equipment manufacturers (OEMs) to subsystem makers.

“We’ve really been focusing on getting that first product into market,” said Devlin. “We have now hit a lot of our big milestones as a startup.”

Despite the improvements in cameras, lens technology has remained relatively unchanged for hundreds of years. The emerging field of meta-optics, or optical metasurfaces, centers on engineered materials with patterned structures that are 1,000 times smaller than a human hair and specifically designed to exploit properties that cannot be obtained from bulk natural materials.

Meta-optics use planar surfaces consisting of sub-wavelength strucures with a uniform height of several hundred nanometers. They act as waveguides to manipulate light and provide a degree of control not possible with refractive lenses. A single thin meta-optic and outperform a stack of refractive lenses and provide better performance and cost advantages. They are manufactured using standard semiconductor processes in the same factories that make image sensors.

The company said unique meta-optic properties permit the combination of several lenses into a single thin and flat surface and unlock new possibilities. This includes improved 3D sensing and new sensors that can fit under the display of a cell phone. 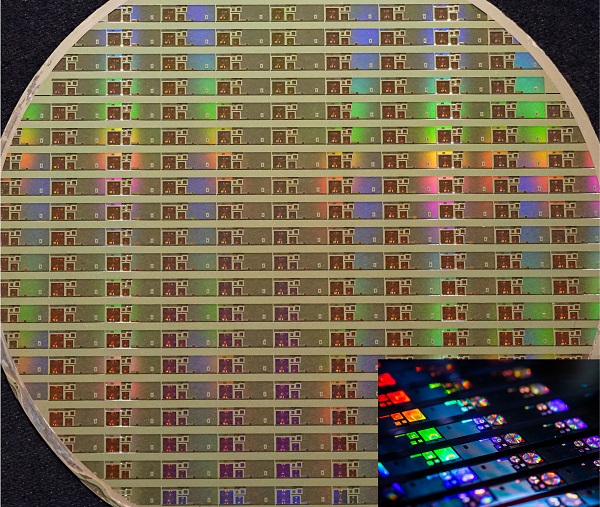 Metalenz holds an exclusive worldwide license, through Harvard University’s Office of Technology Development, to a portfolio of foundational intellectual properties relating to metasurfaces developed in the Capasso Lab at Harvard SEAS. The team has 20 people and it has raised $15 million.

The researchers had studied whether they could completely control light with just a single nanoscale structure. Then they built it using a simple semiconductor chip design in a foundry, or contract manufacturer. As a fabless semiconductor company, Metalenz focuses on design and engineering, and it can tap manufacturers to mass-produce its sensors.

Among the features: Metalenz can do “spoof-proof” facial authentication, as it can figure out if someone is wearing a facial-spoofing mask or photos with the aim of defrauding someone.

If someone is trying to trick a smartphone camera, they can hold a picture of someone’s face in front of a camera and the camera won’t be able to discern human skin or a piece of paper. Devlin showed a demo of how this works. It can basically detect the polarization signature of human skin as well as that of paper.

A doctor could look at skin cancer and understand if it is something dangerous.

And it identifies molecular makeup of objects, giving automakers the ability to alert drivers to road hazards like black ice, and doctors the potential to diagnose skin cancer from a smartphone.

It also has anti-glare vision. It works around glare, the reflective light which often overpowers vision and machine vision, enabling robots to better maneuver and automobiles the ability to monitor for distracted driving – a new safety measure required in all vehicles by 2025.

Metalenz is working with manufacturers around the world, including STMicroelectronics, as it tries to scale up its production and logistics.

Metalenz is backed by semiconductor leaders including 3M Ventures, Intel Capital, and TDK Ventures. The company was founded in 2016.